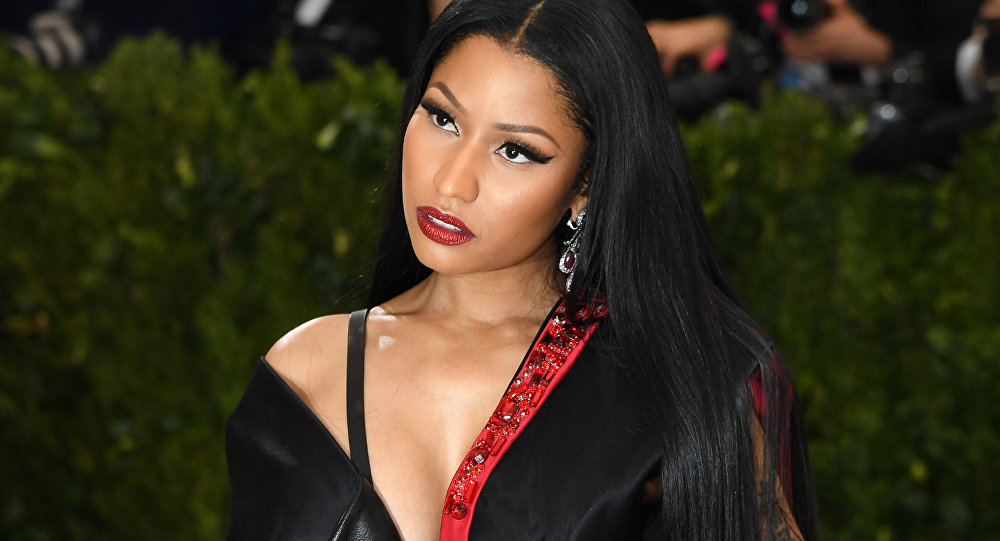 Another twist in the Minaj-Safaree post-romance back-and-forth occurred after the female icon defended her rap-writing skills when speaking to an American radio station. And this time the pair went to war on Twitter.

Safaree Samuels, fellow rapper and ex-partner of award-winning American-Trinidadian star Nicki Minaj, claimed she had once cut him with a knife, causing him to “almost die” and to be taken out of the house on a stretcher. That tweet came as part of his social media recollections about his relationship with his ex, and was specifically triggered by Nicki’s recent interview with radio station Hot 97.

"Remember the night you cut me and i [sic] almost died the police and ambulance had to take me out the crib on a stretcher and I had to lie and tell them I was trying to kill myself so they wouldn't take you to jail," Safaree wrote.

Remember the night you cut me and i almost died the police and ambulance had to take me out the crib on a stretcher and I had to lie and tell them I was trying to kill myself so they wouldn't take you to jail. When things like that start happening more Than once it's time to dip.

Minaj responded, although not addressing the domestic violence claims directly, but accusing Safaree of lying about “having packed and left” as well as stealing her credit card. The wildly popular singer, whose new album Queen is likely to soon hit the US charts, had accused her ex of the latter during a recent radio interview.

I’ll never forget years ago, on a day when I was super sad, I listened to @NICKIMINAJ’s track “I’m the best.” That song made me feel like a champion and it’s good to get more blessings from the queen. Congrats on this FIYAHHH 🔥 straight flames in my ear canal 🌶👂🏽 pic.twitter.com/11ry5G5NE8

She claimed Samuels had used her credit card to pay for prostitutes before they officially split up. Samuels, however, flatly denied the claims, in turn picking up on Minaj earlier admitting to seeing another man, Meek Mill, for some time during their relationship, but he said “he wasn’t mad at that.”

Another apple of discord in their verbal exchange has recently been the authorship of Nicki Minaj’s raps, many of which Safaree earlier said he had co-written, although Minaj vehemently denied this, saying in the interview that the claims boiled down to “sheer weakness” and hatred.

"I've always been adamant that I've always written my own raps and I want all women to write their own raps," she said. "For one person to do something like this to me out of sheer weakness and passive aggression and just hatefulness and vindictiveness because you got caught shitting on a person who was taking care of you for years and years?”

“It don't give you a right to lie about someone's craft just because you know that they're a woman and people will believe you,” she concluded, earning loads of praise from her fans on Twitter. Many rushed to reiterate that Minaj is “a real Queen” and the best female rapper.

I give Nicki Minaj 5 more years in the game then my sis need to retire and give the kingdom a baby and live her best life. She came, she saw and she conquered! Her name will forever go down in history and she definitely will forever be QUEEN

Retweet for Nicki Minaj
Like for Cardi B. pic.twitter.com/jSiw4ZglQs

That's All That Needed To Be Said Queen🚨🙌#CrwnXNickiMinaj #NickiMinaj #Queen pic.twitter.com/W5EbljM7V7

This CRWN interview just adds to the list that shows how authentic Nicki Minaj really is. Her work ethic is amazing. Her work is hers. She doesn't indulge in the bs of the music industry. She does not lie. She a real one! @NICKIMINAJ #CrwnXNickiMinaj

Minaj’s speech apparently hit a nerve, prompting Internet users to express admiration about her speaking out on her penmanship and women in the showbiz industry at large.

I’m proud of Nicki Minaj standing up for herself, her penmanship & how males stay treating women in the industry. She been in the game over a decade & nobody can truly say she isn’t worth the money she makes. I love a powerful woman. pic.twitter.com/uN0qVu76Jj

I hope this interview gets posted on YouTube! 😭 #CRWNxNICKIMINAJ

Tongue-in-cheek remarks also naturally arrived, and many went still further expressing their bewilderment at why Minaj enjoyed such comprehensive support.

The Maury Show has a message for Nicki Minaj and Safaree…😳😩😂 @TheMauryShow @NickiMinaj @IAmSafaree pic.twitter.com/TFL9WJF0C4

Nicki Minaj fans have to be the most pathetic, incompetent mentally ill people I’ve ever seen.

One user put forward a bit of pessimism over who would be the winner in a Minaj-Safaree duel.

Nicki Minaj will never get the credit she deserves. Because Nicki is a female and she’s a rapper everyone wants to gang up on her. She’s done playing games with men like Safaree and people who treat her wrong and I applaud her👏🏻👏🏻

Minaj was recently blasted for using abusive language with regard to a woman who criticized her work on social media. Others have questioned her joint project with another New York rapper, 6ix9ine, charged in 2015 with “using a child in a sexual performance” after footage emerged of him having sex with a 13 year-old girl.

READ MORE: Twitter-Quake as US Rapper Claims He's Giving Away All His 'Evil' Money to Fans

Turkey's Restrictions of Imports From Russia 'Stab in the Back' – Minister