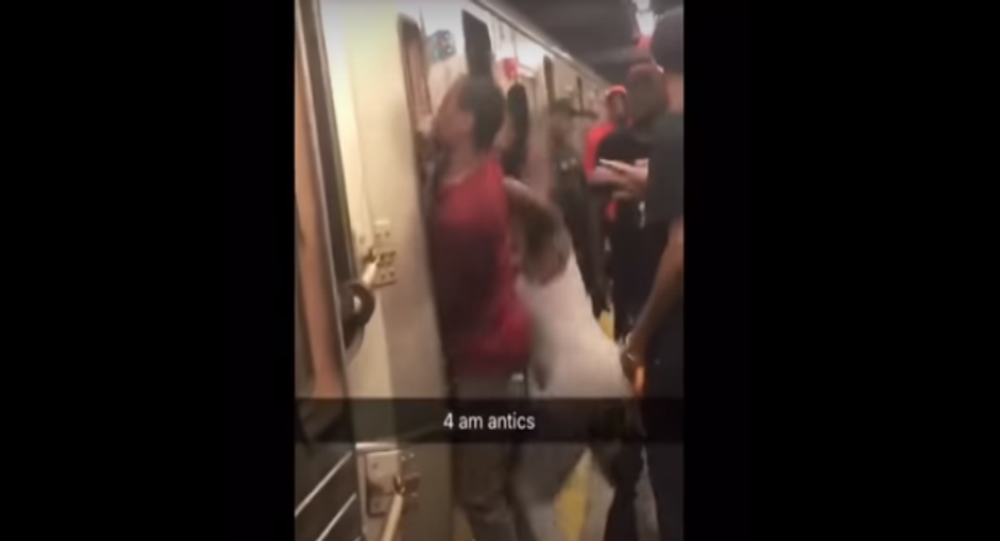 A man and a woman are seen violently attacking a New York City subway conductor this past weekend in a video uploaded to Twitter Monday.

Subway conductor Jacob Credell was working on a southbound A train in the Grant Avenue station in East New York around 4:40 a.m. on Saturday when an angry straphanger waiting on a congested platform began yelling, "Why didn't you stop?" through the train booth window. Video captured by an onlooker shows the man punching Credell before attempting to pull the 62-year-old conductor through the window. A woman, who appears to have also been yelling, then jumps in and throws several punches at Credell.

​"What the f**k is wrong with you?" a voice can be heard saying in the video. "Get him, that's right, get him." Other passengers can also be heard yelling, "Stop, stop," during the violent altercation.

The man and woman eventually step away from the conductor, and the video abruptly cuts off.

According to the New York Police Department (NYPD), the straphangers were irate that the southbound A train would be skipping local stations and running on an express schedule, the New York Post reported Monday. Officials also reported that Credell suffered a black eye and scratches on his face and arms. The pair reportedly ran out of the station after the attack and are currently wanted by police.

"This young gentleman came up on me yelling and screaming, and before I could say anything, he was throwing punches at me," Credell said in a statement recently released by the Transport Workers Union Local 100 (TWU).

"I'm disgusted by this horrific assault of our colleague. It is absolutely unacceptable, and we are working closely with NYPD to make certain the perpetrators are identified, arrested and prosecuted to the fullest extent of the law," New York City Transit President Andy Byford recently the Post in a statement. "We're also collaborating with TWU Local 100 on ways to combat assaults, including discussing a potential pilot program for bodycams."

"Us transit workers don't come to work to get beat up. When these assaults happen, the [New York Metropolitan Transportation Authority] and our union Local 100 stand idle, put out a statement and hope the members forget about their inaction," Trammel Thompson, head of transit worker activist group Progressive Action, told the New York Post.

The TWU has requested that the New York Metropolitan Transportation Authority pay for body cameras to keep employees safe.

"We are in the process of working it out," TWU Local 100 President Tony Utano recently told the New York Post. "We haven't gotten them yet. We haven't signed off on the agreement yet."

The TWU is also planning on posting flyers with photos of the assaulters in the station.

"If you attack one of our members, we are going to do everything in our power to make sure you are identified, arrested and prosecuted," Utano said. "We're fighting back against these criminals.