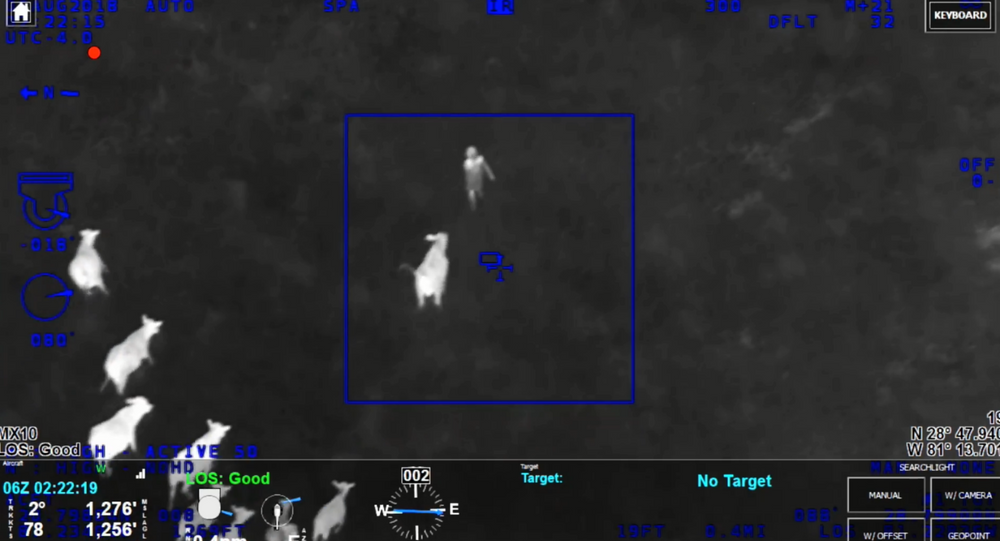 Putting the K-9 Unit to shame, a herd of bovine investigators aided officers from Florida's Sanford Police Department in corralling a suspected car thief earlier this week. And yes, there's footage of it.

Aerial footage released by the Seminole County Sheriff's Office on Tuesday shows the driver of a stolen SUV crashing into a traffic sign and then running out into an open field to evade capture. As the suspect, identified by police as Jamie Young, made her away across a pasture, a herd of cows began to pursue her.

"A herd of cattle provided law enforcement a big assist, repeatedly following and helping corral one who strayed on to their turf!" the sheriff's office captioned the recording. Officials from the sheriff's office jumped into the chase to assist in tracking Young and her accomplice.

At one point in the recording, a cow gets so close to Young that it appears to nearly trample her before veering away.

Richard Kondracki, the owner of the cattle, told Orlando station WKMG that the herd was likely just spooked by Young.

"I think they [the cows] didn't realize who they [the suspects] were," Kondracki told the station. "They panicked. The cows were nervous. That would make me panic — if all those big cows come running at you. They didn't know them. They don't know if they're there to hurt them, or steal one of the babies."

"You don't want to mess with it — any animal, whether it's a cow, an elephant or a cat. You don't mess with the babies," he added.

Young was arrested after officers found her hiding in some bushes. Both Young and her accomplice, Jennifer Kaufman, were charged with drug possession, resisting arrest, trespassing and petit theft.