Fox News host Laura Ingraham landed in hot water again this week after she told her viewers Wednesday that "the America we know and love doesn't exist anymore" because of "demographic changes."

Ingraham's comments came after a segment in which she reflected on remarks made by New York Congressional candidate Alexandria Ocasio-Cortez that suggested the United States was changing.

​Although Ocasio-Cortez was referring to changing economic realities for working and middle-class Americans, Ingraham went a different route when sharing a piece of her mind with viewers.

After saying that the 28-year-old candidate was "kind of right in a general sense," Ingraham went on a racially charged anti-immigration rant.

​"Because in some parts of the country, it does seem like the America that we know and love doesn't exist anymore," the host said on "The Ingraham Angle." "Massive demographic changes have been foisted upon the American people, and they're changes that none of us ever voted for and most of us don't like." 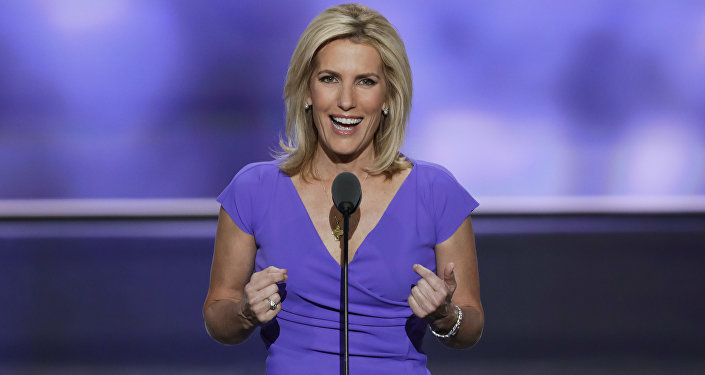 "From Virginia to California, we see stark examples of how radically, in some ways, the country has changed. Now, much of this is related to both illegal and, in some cases, legal immigration that, of course, progressives love," she continued.

Contradicting her previous statements, the Connecticut native concluded her remarks, saying, "There is something slipping away in this country, and it's not about race or ethnicity."

"It's what was once a common understanding by both parties that American citizenship is a privilege, and one that at a minimum requires respect for the rule of law and loyalty to our Constitution."

Despite her attempt to keep netizens from reaching for their pitchforks, the mob descended online and shot back.

​​In a wrinkle likely not shocking for some, Ingraham's segment even received some praise from David Duke, the former leader of the Ku Klux Klan. In a since-deleted tweet, Duke said that Ingraham offered "one of the most important (truthful) monologues in the history of [mainstream media]."

But this isn't the first time that Ingraham has dealt with some backlash, folks. Just two months ago she compared the US' child detention centers to "summer camps," and before then she attacked a Parkland shooting survivor for not getting into certain colleges.