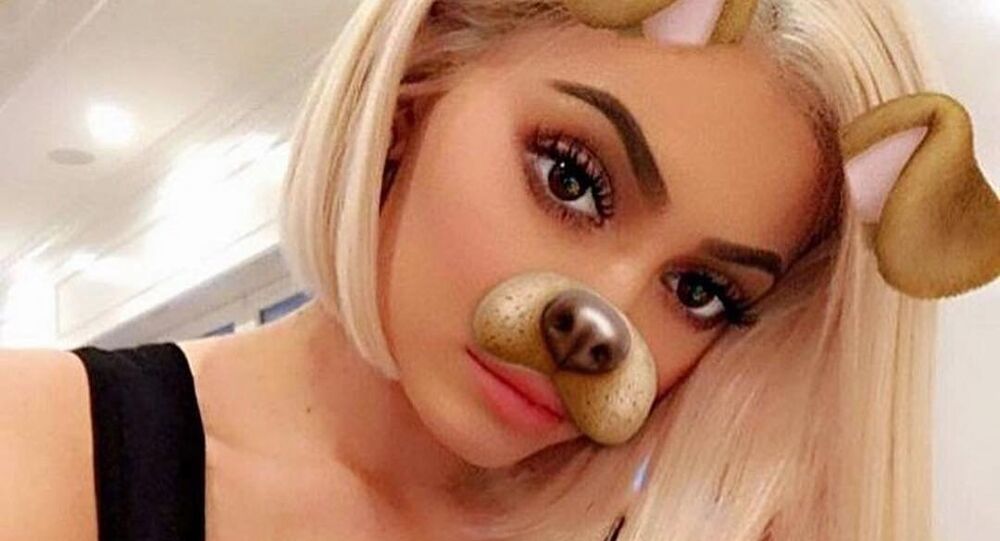 Plastic surgeons have raised concerns over a disturbing trend that’s popped up with the growing influence of social media – patients are increasingly pursuing surgeries to resemble how they see themselves in Snapchat or Facetune filters.

Three dermatologists from the Boston University School of Medicine and Boston Medical Center have written an article in the journal JAMA Facial Plastic Surgery, in which they sounded the alarm on how social media is altering people’s perception of beauty.

“A new phenomenon, dubbed ‘Snapchat dysmorphia,’ has patients seeking out cosmetic surgery to look like filtered versions of themselves instead, with fuller lips, bigger eyes, or a thinner nose. This is an alarming trend because those filtered selfies often present an unattainable look and are blurring the line of reality and fantasy for these patients,” they wrote.

They stressed the contrast with patients of the past, when retouching technology was only available for celebrities and widely used in magazines and ads – but today one swipe gives people a chance to smoothen out their skin, whiten teeth, make their lips look fuller, eyes bigger and body thinner thanks to apps such as Snapchat and Facetune.

“The pervasiveness of these filtered images can take a toll on one’s self-esteem, make one feel inadequate for not looking a certain way in the real world,” researchers penned, adding that it may even “act as a trigger” and lead to the development of body dysmorphic disorder (BDD), a mental health condition in which an individual is obsessed with a nonexistent or minor flow in their looks.

According to the article, citing the American Academy of Facial Plastic and Reconstructive Surgery, current data shows that 55 percent of surgeons report meeting patients who request surgery to improve their appearance in selfies.

While Snapchat dysmorphia is not a clinically diagnosable condition, the researchers alleged that seeking to go under the knife for unattainable and unrealistic facial changes could exacerbate the BDD, which is classified on the obsessive-compulsive spectrum.

“Overall, social media apps, such as Snapchat and Facetune, are providing a new reality of beauty for today’s society. These apps allow one to alter his or her appearance in an instant and conform to an unrealistic and often unattainable standard of beauty. While filters that add flowers or animal ears to a photograph are clearly an embellishment, other edits may be subtler and instead promote a pressure to look a certain way,” the authors wrote.

Certainly, social media users couldn’t resist responding to the news about this new phenomenon, with many either poking fun at the trend, or encouraging people to love themselves just the way they are:

But this one gives me hair!! 👀😳 pic.twitter.com/PQOP7KZxb0

How much does the puppy dog filter surgery cost? pic.twitter.com/ozBN7XGdfl

Wait — I can get a puppy nose and a butterfly crown permanently added to my face?! Oh! And massive Keane-like eyes? This is ahmahzing.

New plastic surgery trend has people asking to look like the wide-eyed Snapchat filters. Doctors warn it’s dangerous because the filter looks are unattainable. I don’t know… the ears are kind of fun… @wane15 pic.twitter.com/c224rWRxLM

Okay. No doubt these are cute — but “Snapchat dysmorphia” is a real thing where more people are requesting cartoonish surgeries. Love the skin you’re in, people. No filter can define you! pic.twitter.com/S93Xc10dK2

Snapchat dysmorphia may be a new thing, but other researchers have previously highlighted how gym selfies on social media may be ruining people’s self-esteem.

According to a study by Tricia Burke from Texas State University and Stephen Rains from the University of Arizona published in the journal Health Communication, those who regularly receive workout updates are more likely to be overly preoccupied with their weight.