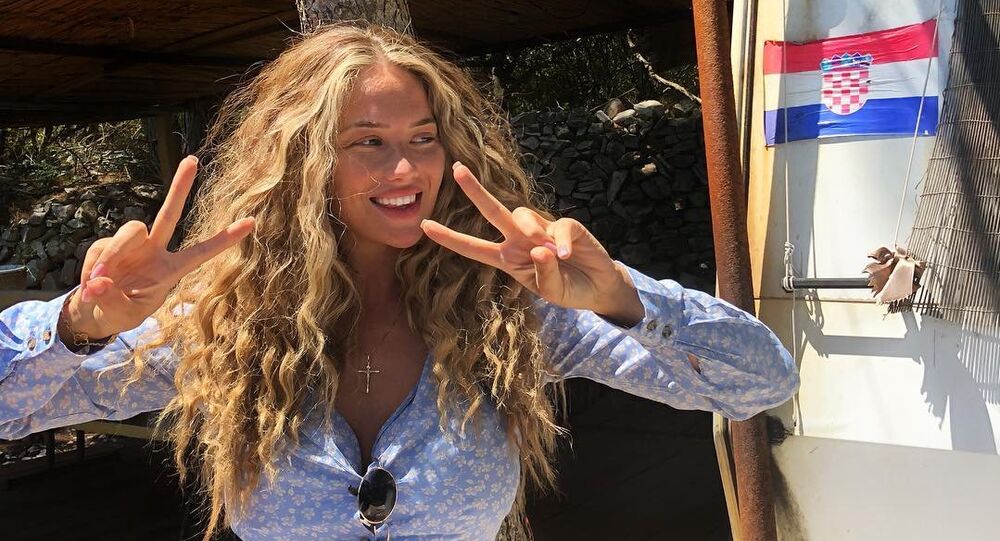 While the Croatia national team treasure Mateo Kovacic has joined Chelsea on a season-long loan, his fans have taken his Shakira-lookalike wife's Instagram by storm.

After weeks of speculation that Chelsea’s new boss, Maurizio Sarri, has targeted the Real Madrid midfielder, Kovacic will soon arrive in London, where he’ll be joined by his gorgeous wife Izabel.

Once the news broke, Izabel, who’s known in Croatia for her uncanny resemblance to the Colombian pop singer Shakira, received loads of comments on her Instagram, with some calling her the “Queen of London,” while others simply wrote “Welcome to London.”

A fellow user, however, seemed to be frustrated that Kovacic was leaving the Santiago Bernabeu and asked Izabel to convince her husband to stay with Madrid. “I don’t want to say goodbye to another wonderful player,” the Instagrammer quipped, adding some broken heart emojis.

Since 2015, Izabel, who boasts a 428,000-strong Instagram following, has been running a business along with her sister, selling baby products.

The beautiful couple tied the knot last year in the Croatian village of Sesvetski, where they first met and fell in love.

Kovacic is set to move to Chelsea in a deal that will see Belgian goalkeeper Thibaut Courtois join Real Madrid.

"Chelsea and Real Madrid have tonight agreed terms for the permanent transfer of Thibaut Courtois subject to the agreement of personal terms and passing a medical. Subject to the completion of the deal Mateo Kovacic will join the Blues on a season-long loan," a statement from Chelsea read.