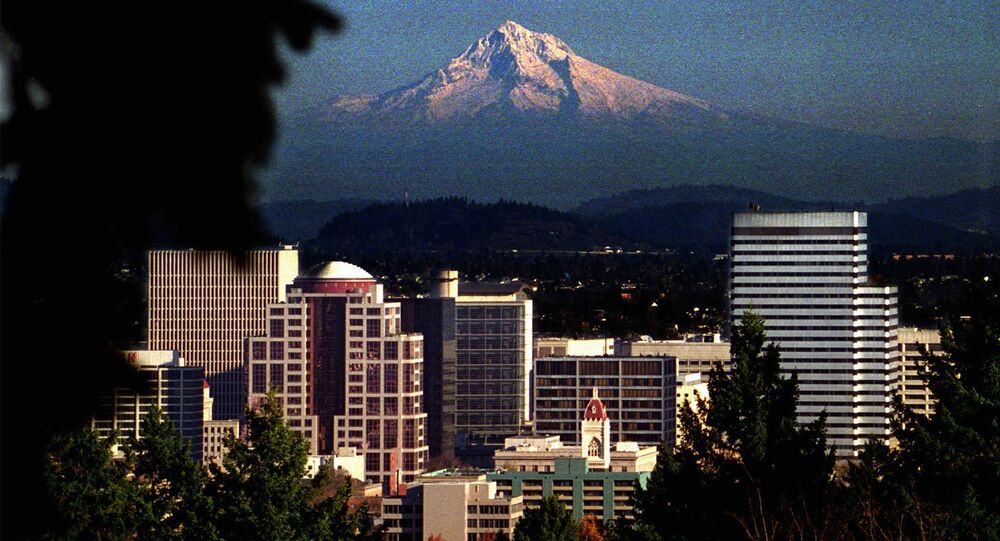 “Portland will not tolerate hate,” stated a city official, urging angry residents in the area to avoid another neo-fascist group march on Saturday.

© Flickr / Keith Allison
Trump Attacked on Twitter Following Tweet Implying That LeBron James is Stupid
As a second march in a month by right-wing neo-fascist supporters of US President Donald Trump assembles in the northwestern US city of Portland, Oregon, local officials have suggested that residents avoid the area, as threats of violence mount.

Portland Commissioner Chloe Eudaly has urged city residents to "stay away" from Saturday's nationalist march, while condemning the tactics of violence used by the gathering in the past to support their claims to free speech.

In a statement released Friday, Eudaly noted that she would attend a peaceful counter-protest at Portland's City Hall on Saturday, and asked residents disgusted with the actions of Patriot Prayer (PP) — a loose-knit organization that the Southern Poverty Law Center (SPLC) has described as a hate group — to avoid the right-wing march entirely.

"I strongly encourage Portlanders to consider staying away from this event," Eudaly offered, "and instead engage in a day or weekend of action — attend an event in your community, donate to organizations doing vital work in this area, sign up to volunteer, write letters to elected representatives, spread messages of love, peace, and resistance on social media, and talk to friends and family," cited by Willamette Week.

"There are limitless ways we can creatively and peacefully demonstrate but hate, bigotry, and intolerance is not welcome in our city," the city official noted.

"The law does not allow me or my colleagues, including the mayor, to prevent this gathering," she observed, adding on a personal note, "If I was able to prevent it I certainly would: I believe that the principles these groups espouse are intended to foment hatred and violence in our city," cited by Wweek.com.

Eudaly also stated that Portland Mayor Ted Wheeler and city Police Chief Danielle Outlaw were "taking this threat seriously, doing everything they can to keep the public safe, and for sending a strong message that Portland will not tolerate hate."

Thousands of People Protest Against Fascism in Italy (PHOTO)