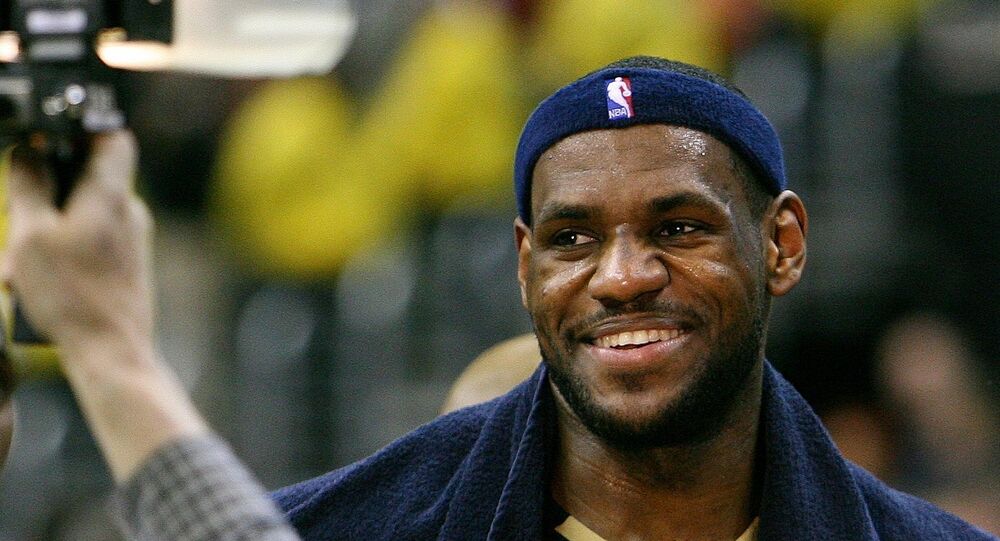 Trump took a swing at LeBron while indicating his preference for Chicago Bulls veteran Michael Jordan in the long-running Greatest Of All Time (GOAT) superstar debate.

Calling Lemon "the dumbest man on television," Trump quipped that the anchor "made LeBron look smart, which isn't easy to do."

The president's animosity towards Lemon is part of a long-running feud, with Trump referring to the anchor as the "dumbest man on television," "dumb as a rock," and "a lightweight" on previous occasions going back to 2016. Last October, CNN, whom Trump has derided as a Fake News organization, accused the President of 'online bullying' through his attacks on Lemon. In March, Lemon accused Trump of being a "racist."

Trump has a separate feud with LeBron James connected to his dispute with the Golden State Warriors and their captain Stephen Curry. Trump disinvited the team's invitation to the White House after their 2017 championship win after Curry and other players attacked him over his "unacceptable" and "divisive" rhetoric and behavior over NFL players' kneeling during the national anthem to protest perceived racial inequality. LeBron called Trump a "bum" on Twitter after he disinvited Curry, with his tweet becoming the most-retweeted Twitter post by an athlete in 2017. Earlier this year, LeBron accused Trump of not "giv[ing] a f*** about the people."

© AP Photo / Andrew Harnik
Spell Check Anyone? Twitter Roasts White House’s ‘United Sates’ Typo
In his interview with Lemon, James accused Trump of "using sports to kinda divide us" and said the President "doesn't understand the power that he has for being the leader of this beautiful country." Trump's lack of understanding about how kids look up to the president makes him "more sick than anything," LeBron said.

Trump's latest attack prompted a major backlash on social media, with users urging the President to focus on the real problems in the world while pointing to LeBron's charity activities. Others simply cracked jokes.

Of all the problems in the world, Trump used his presidential authority to call LeBron James stupid last night. LeBron just opened a school for at-risk kids, providing them free tuition, bicycles, food, counseling & guaranteed tuition to the University of Akron if they graduate.

My God. Really??? You’re the President of the United States, for Christ’s sake! Not some small-time snark-artist comic in search of a punchline who has to have a “take” on absolutely every triviality! You’re supposed to inspire people, not debase the tone of all public discourse!

How do you insult a man's intelligence while spelling his name wrong twice? You're a petty, incompetent, barely literate, idiotic malcontent who got everything from his rich daddy. You should aspire to be LeBron.

LeBron is being attacked by LeBronzer

Lebron James IS A SOCIAL WARRIOR SHEEP. He should stick to putting HIS BALLS in a Hoop and Leave to Red Pilling up to the Q movement. This Guy really has no Clue. EXAMPLE? He is on CNN with Don THE JOKE Lemon. Enough said.

Trump is undefeated in elections.

How many finals has LeBron lost? pic.twitter.com/LCHCzPsg9p

Others users pointed to Trump's apparent lack of consistency, recalling his previous tweets showering LeBron with praise and calling him a "great guy!"

Don Lemon himself eventually joined the fray, accusing Trump of being "the real dummy" for putting kids "in cages," in reference to the scandal involving the separation of children from their illegal immigrant parents by US immigration authorities.