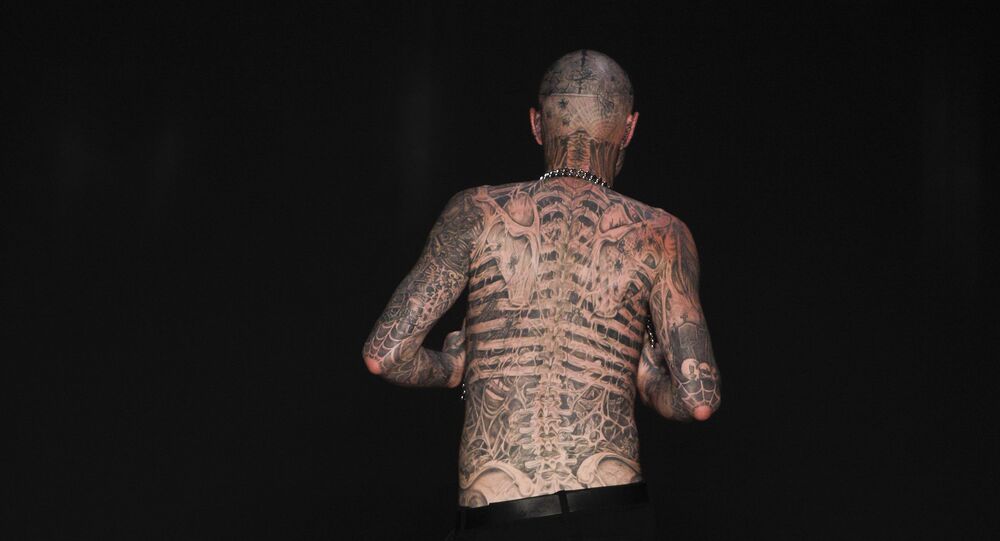 The star of a Lady Gaga video, a self-styled fashion model known world-wide for his full-body, corpse-like tattoos, has been found dead in Montreal, Canada. Before the man took his life, he posted a poem on social media about one of voodoo’s notions.

Rick Genest, better known as Zombie Boy, killed himself at the age of 32 as Radio Canada reported. He left a dedication to Damballa, worshiped by practitioners of voodoo as the Sky Father and creator of life on his Facebook and Instagram accounts.

In the commentary section below the poem, which mentioned “flesh, weighed in front of death’s old narrow gates,” users have shared their condolences, expressed devastation, shock and sadness over Zombie Boy’s Death.

The Canadian-born artist was found dead in his apartment in Montreal; police classified his death as an "apparent suicide."

READ MORE: ‘You Can Break a Person’: Opera Star Blames Husband’s Suicide on Me Too Movement

The 32-year-old garnered worldwide attention after he featured in the Lady Gaga video "Born This Way" in 2011. The singer has paid an emotional tribute to Genest online, calling the loss "beyond devastating."

Genest is mentioned twice in the Guinness World Record Book as the man with the greatest number of bones tattooed on his body (139) and most tattoos of insects (176). He has collaborated with magazines like GQ and Vanity Fair and modelled at high-profile fashion shows in Paris and Berlin.

'Waste of Young Lives': London Teenage Suicide Rates Up By Over 100% in 3 Years