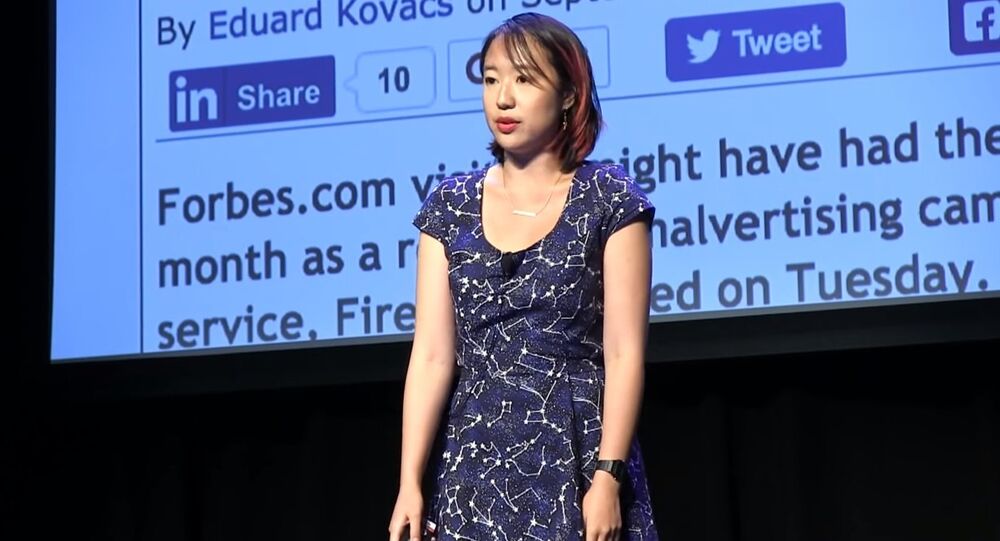 According to Sarah Jeong, her derogatory posts targeted at white people were in reality a sarcastic response to the online harassment she had allegedly suffered from.

On Thursday, The New York Times defended its decision to hire its tech writer Sarah Jeong as an editorial board member despite her remarks, which recently surfaced on social media.

Our statement in response to criticism of the hiring of Sarah Jeong. pic.twitter.com/WryIgbaoqg

According to the outlet, the remarks, in which Jeong targets white people online using obscenities, were her attempt to mimic the rhetoric of her harassers, who have frequently assaulted her in the internet. "She regrets it, and The Times does not condone it."

She has also made an apology online, claiming that her comments were "intended as satire" and promised to never do it again.

This comes after a bunch of Jeong's comments dating back to 2014 and 2015 were unearthed on Twitter shortly after The Times announced the new hire, in which she slams "dumbass f***ing white people marking up the internet with their opinions" and inquires whether white people are "genetically predisposed to burn faster in the sun."

"Oh man it's kind of sick how much joy I get out of being cruel to old white men," Jeong wrote in July 2014 in one of the messages.

Her unguarded remarks prompted a social media outcry; reactions ranged from criticism and condemnation to defending the writer from backlash.

Some users lept to Jeong's defence and branded her as a victim of the "white supremacy movement" on social media.

Sarah Jeong is being targeted by the white supremacy movement on social media. I will not stand silent about this, no matter the backlash. Asian Americans have been silent for far too long and we should not be shamed into silence forever.

It is awful what ppl said to her. The responses were equally awful. I do believe ppl can change. I hope she did bc spewing hate against an entire race is never okay. She is very lucky considering most ppl today would not get the job or would be fired when these tweets resurface.

This comment section is vile; stay strong Sarah!! I look forward to seeing a literal psyduck on the editorial board of the NY times, you deserve it!

Others, however, accused The NY Times of bigotry and some have cancelled their subscriptions to the paper.

I’m Asian and I’m not going to let the fact that I’m a minority let people treat me with baby gloves, she was clearly very racist and had she been a male, white, or conservative she would have definitively gotten fired, huge double standard, NYTimes is RACIST and not credible!

I'm finally going to take the time to completely cancel my subscription tomorrow. Thanks NYT.

New York Times by accepting this situation and not handling correctly you just weakened yourself by lowering your core values and sadly at the same time strengthening your opponents’ arguments.

It's not ok to support racism NYtimes, I will run ad block and avoid you from now on.

So, subscribing to and/or quoting the #NYTimes is now an open agreement in which the support of hate speech against white people is a given, and it's acceptable? Good to know. Thanks for a demonstration of your bias, and an example to point to when your credibility is in question

So, subscribing to and/or quoting the #NYTimes is now an open agreement in which the support of hate speech against white people is a given, and it's acceptable? Good to know. Thanks for a demonstration of your bias, and an example to point to when your credibility is in question

Some users drew a parallel with another media scandal which broke out this February, when the Times fired a new tech writer, Quinn Norton, the same day she was hired, after it emerged that her old tweets contained derogatory remarks targeting African Americans and gay people; she also tweeted she had befriended neo-Nazis.

If "unrepentant" and a "white supremacist" then look no further than Quinn Norton.

…Oh, she was fired within hours

Less than six months ago, the Times fired a white woman named Quinn Norton, a tech journalist, for racist tweets back in 2009, 13, & 14, that weren't anywhere near as bad as Sarah's. Not even close! BOYCOTT The NY Times!!! This double standard HAS to stop! HYPOCRITES!!!