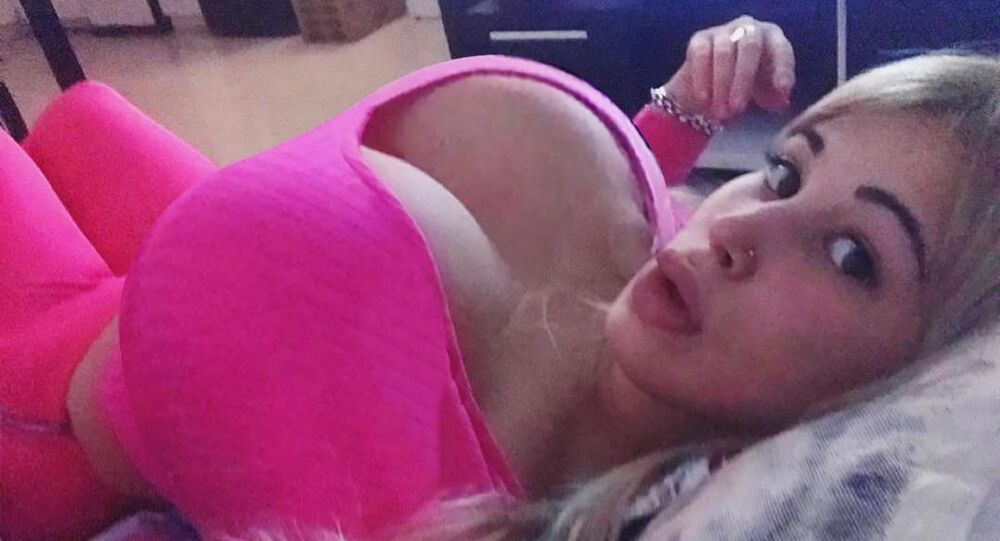 A 24-year-old Londoner has shed some light on the day-to day difficulties she has because of the 34JJ artificial breasts she obtained to look like the US reality TV star. Apart from implants, the woman also had a Brazilian “butt lift,” lip fillers and hair removal, spending almost $20,000 in total.

Nadia Sofia Nahir, who works as a project assistant in London, has revealed to the Daily Mail that she decided to have her breasts augmented at the age of 20, increasing her cup size to EE.

Three years later she had another breast enlargement, to reach 34JJ, and even travelled to Belgium for the procedure, which turned out to be her most expensive treatment yet, at $5,200.

Besides the breast enlargement, her self-improvement plan also includes a Brazilian “butt lift,” as well as lip filler injections and hair removal treatments, which have already cost a grand total of $20,000.

The woman, who describes herself as a growing goddess on her Instagram account, where she uses the nickname nadiabarbie, explained her strive to look like Kim Kardashian. She praised the US celebrity as a “modern goddess”; she also cited her own Argentinian heritage as a reason for the alterations.

“Back in Argentina there are competitions like “Miss BumBum” and “Miss Reef”, which celebrate curvy, fit models. The attention they seemed to get fascinated me. They're looked at as goddesses who grab the eyes of everyone in the room. 'They've all had procedures done, breast implants and bum enlargements. It's part of the culture,” she told the newspaper.

The woman described her credo as “The more you stand out, the better” and revealed that she got a taste of attention in her late teens, saying her breasts “stopped growing at an E cup, which is large for a teenager.”

Realised I haven’t posted anything for agessssss, been a busy barbie 👸🏻 So here’s some 🍑 for #tuesdaymotivation;)

“I know that I stand out from a lot of people, especially in London, which can be difficult, but I love the enhanced fake, feminine shape,” she shared, saying that she gets a lot of positive feedback as well as encouragement from Instagram, where she posts her revealing snaps.

However, her much-desired curves sometimes give her troubles, as there are some things she can’t do because of it.

“Sleeping or lying on my front I can't do anymore or running over a short distance. I also try not to use the Underground much now and especially not at rush hour times,” she told the outlet.

However, she insisted that she was not going to rest on her laurels, and is planning to enlarge her breasts and buttocks more.