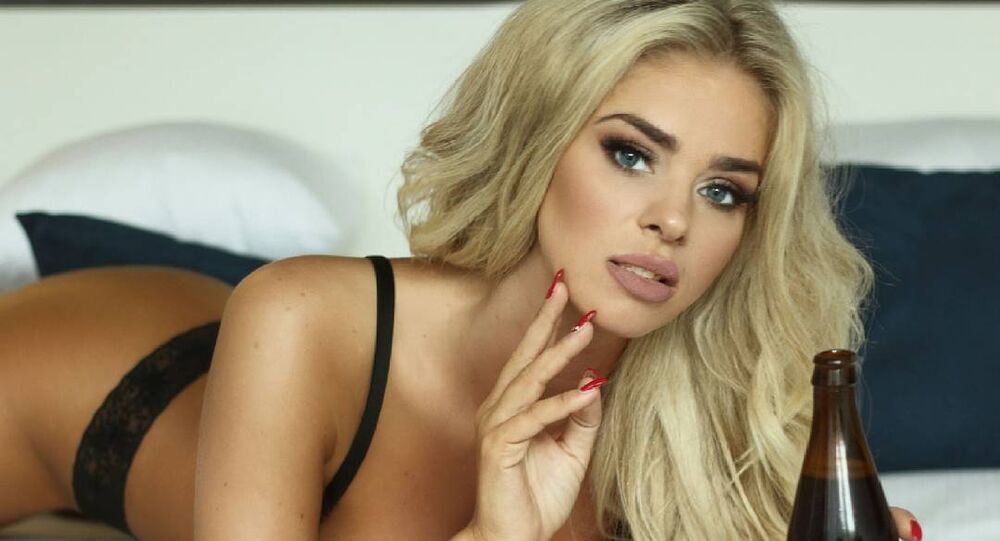 Vagina beer may become the order of the day thanks to a successful crowdfunding campaign, launched by a Poland-based brewery. Some may think that people would do anything to make more money, while others are likely to find the idea quite romantic – just imagine, the woman of your dreams may be enclosed in a bottle of beer.

Polish brewery “The Order of Yoni” (“Yoni” is the Sanskrit word for female genitals) has made an extraordinary beverage, presenting the world’s first beer with vaginal lactic acid in the Biała Małpa pub in the city of Katowice.

In a bid to spice up their new product, the brewery used unique ingredients – bacteria from the vaginas of two smoking hot models, Paulina and Monika.

"When you drink this beer, you realize that originally there was a beautiful woman who was maybe taking a shower, dancing or laughing at the very moment. You feel a close connection with this woman,” the owner of the brewery Wojciech Mann told Sputnik.

Mann explained that a gynecologist took a smear from the women, and then a laboratory in the city of Poznan managed to isolate the necessary lactic acid bacteria for the beer’s production.

How Much Does it Cost?

"As for me, the price is set too high. A bottle of beer costs 25 zloty (about $7), that is, like a bottle of wine. You can try it once out of curiosity, but I do not think that it will be a ‘frequent guest’ on the tables of beer lovers," says Grzegorz Majewski, who is among those who first tasted the vaginal beer.

The extraordinary beverage was made in two versions: Bottled Lust and Bottled Passion, both containing 8-percent-alcohol-by-volume. The first edition has a subtle nutmeg aroma and is produced using Paulina’s vaginal bacteria, while the second is a classic light beer made from the essence of Monika’s vagina.

Once the beer “containing the quintessence of femininity,” was introduced to the wider public on the brewery’s social media accounts, with a very hot advertising campaign involving Paulina and Monique, users from across the world were drawn to the Facebook page.

While a female netizen wondered whether the models had been tested for sexually transmitted diseases before contributing to the production of the beer, “The Order of Yoni” quickly replied that they had undergone gynecological examinations, and then the material was double-checked in the Poznan lab to make sure that the lactic acid bacteria were isolated from the smear.