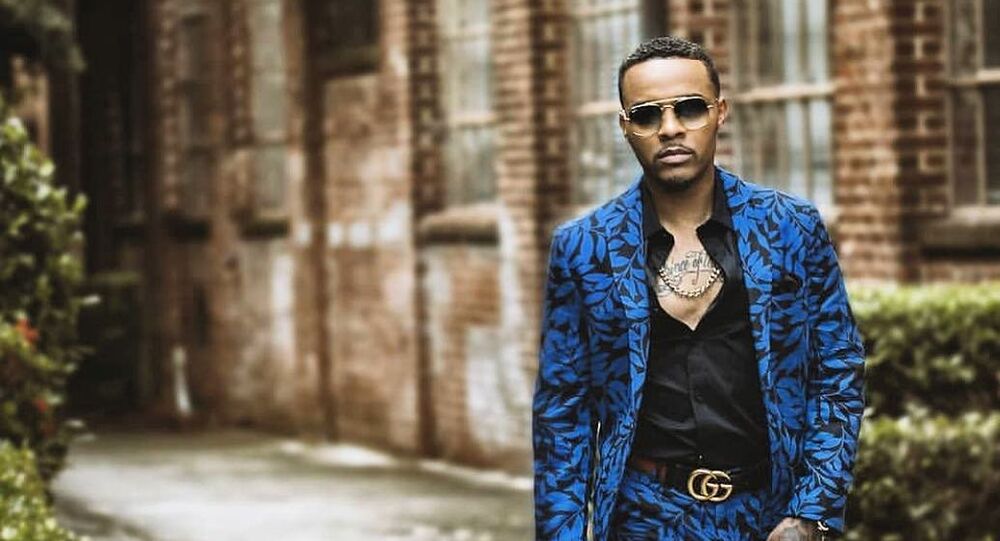 American rapper Shad Moss, known by the pseudonym Bow Wow, launched into a wild Twitter rant after a fan got on his nerves, having accused him of kicking them out of his section of the club for recording him and his girlfriend.

On a regular Saturday, Bow Wow tweeted a series of pictures of him and his girlfriend Kiyomi, but one of user responded to the post, saying that he was too hung up on his fame.

He’s been in the club the last 2 nights being real friendly. Even kicked my friend and me out his section because we was recording, it ain’t like he’s big time.

Instead of deleting these comments or ignoring them, he reacted to the message with a series of fury-filled tweets, which have since been removed. Moss went nuclear about quitting rap, giving away all his money through Cash App, and working at Game Stop to show people that wealth didn’t equate to happiness.

“Down size my home. Sale everything. And go to work at gamestop. I’d probably be the happiest man in the world. Trade my cars in and buy a PROBE,” he tweeted.

© Photo : izabelandrijanic/instagram
Meet Croatian Star Kovacic's Shakira-Lookalike WAG Amid Chelsea Transfer Rumors (PHOTOS)
And by the end of his rant, he admitted that he should probably see his therapist before he does “something stupid.”

In his pursuit of happiness, Moss tweeted, “I’m cash apping all my money away today. So if you want some free money yall can have it… let’s see if you think money makes you happy.”

Bow Wow posted a similar message on Instagram, having taken a screenshot of the amount of money, he’d sent to some Todd Esson, with the caption, “Sending my fans money today! I don’t want it. This money is evil. Maybe yall can do some good with it… enjoy!”

Sending my fans money today! I dont want it. This money is evil. Maybe yall can do some good with it… enjoy! Ive already started cash apping. You dont have to like me or love me just know im paying you guys back for all the bs ive put you through. I owe yall 💔

Once news of his antics broke, Twitter was sent into meltdown, with users wondering if he actually was giving his funds away:

Shad Moss is still trending and I didn’t get my money yet. Wassup? @smoss

@smoss did I miss the 5 o’clock free money give away?? pic.twitter.com/CCbU0ACoqP

Got a text that Bow Wow in his feelings and giving away his money… pic.twitter.com/to2LPPVNl8

Me checking cash app every 5 min to see if Bow Wow sent that money yet pic.twitter.com/BvKhtg0XR0

me refreshing my cash app to check if Bow Wow sent me somethn pic.twitter.com/MWiA7ll8FN

There were those who suggested that the rapper was pulling a PR stunt and that he was looking for attention:

He just in his feelings. Just another stunt to get everybody talking. pic.twitter.com/or4YN5uYAC

#BOWOW is trying to make himself relevant again! #BOYBYE

Some Twitterians were even confused to find out that Shad Moss was still in music, saying they thought he had quit long ago:

Oh he was still in rap? Damn, I missed it. pic.twitter.com/SMb9cY4XFO

While fans have flooded his social media accounts asking for money, it remains unclear whether he plans to follow through with his promise.