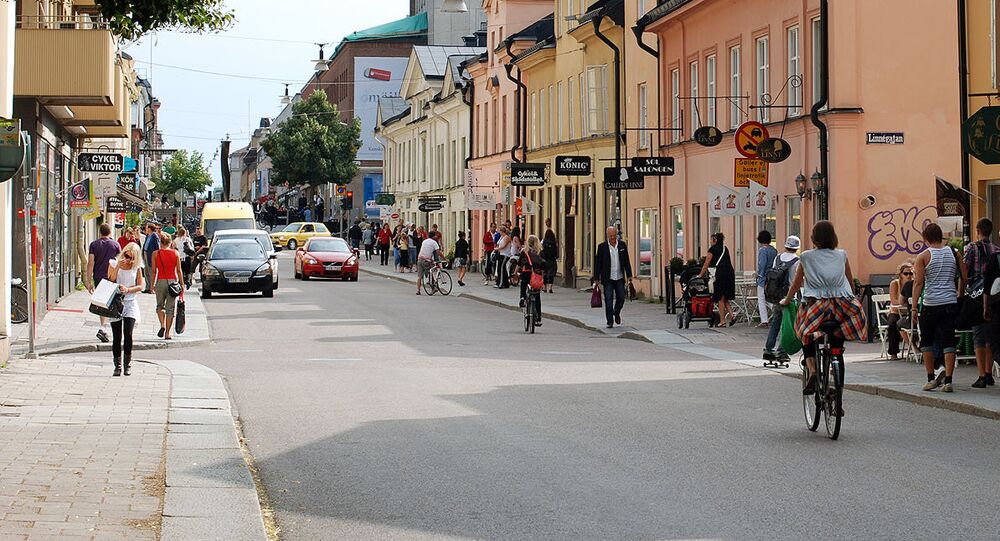 Now that’s one way to celebrate an environmental disaster.

What would you do if your subway station flooded? People from Uppsala, Sweden, came up with a very unexpected solution when faced with that question: they turned it into a swimming pool!

A train station in the Swedish city was deluged by heavy rains over the weekend, with some areas flooded knee-deep, according to Business Insider. However, instead of abandoning the newly aquatic station, people brought all kinds of leisure items and threw a party.

Many people brought in inflatables and swam around, relaxing, as seen in photos published on Twitter and Instagram. One man came fully equipped, with a scuba mask and a water gun, while a woman named Sarah Thoren brought her flippers and an umbrella.

"I wouldn't say it was the freshest water I've ever bathed in, so I had to have a real scrub in the shower afterwards," she later told reporters.

© Photo : jeniferroselewis/instagram
Drunken Festival-Goers Flood Seaside Resort Despite Storm Warnings (PHOTOS)
However, before long, the people were asked to leave by security officials over fears that the water might electrify. In fact, all the swimmers were lucky they didn't get electrocuted.

The city eventually managed to pump out the water Sunday night, and by Monday, the station was all back to normal, the media reported.