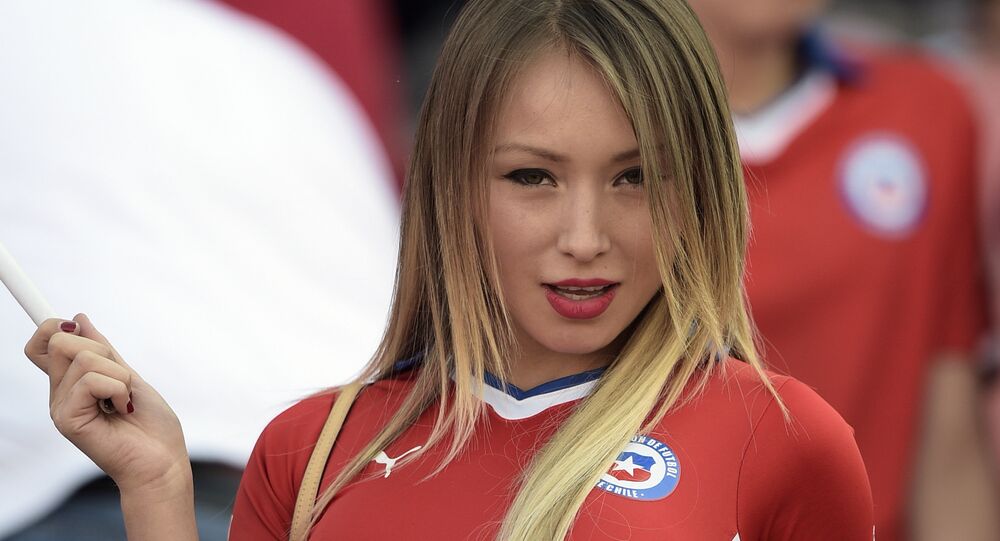 The Instagram model earlier decided to respond to all the criticism she has been facing over her numerous sexy snaps on social networks.

The Chilean beauty and Playboy star Daniella Chavez posted another sexy photoshoot of herself lying half naked in a bed "hugging" the number "9" representing the nine million subscribers on her Instagram account. The tantalizing picture was followed by a post, where the model thanked her fans for supporting her in the comments, referring to a post at the end of May, where she sent a clear message to internet trolls and haters.

"Today I will fall asleep with nine million followers on Instagram! I'm happy and grateful for so much support. Thanks to each of my fans, from Chile, Mexico, USA, Colombia, Venezuela, Spain, Egypt, India etc. […] Without a doubt, my true fans know everything that I have fought for!" the caption under sexy shot says.

In the original post Chavez rejected allegations that she is some kind of "wh*re" or "pushover."

She also slammed the people suggesting the Chilean model refrain from showing off her sexy curves and appearing scantily-clad in pictures on Instagram. Chavez pointed out that no one can tell a person "what to do and not to do" with their own body. To prove her point she followed the post with a picture depicting those very curves in all their natural splendor.

Too Hot to Be Zoomed: SM Mad as Sexy Fans Eliminated From Football Broadcasts