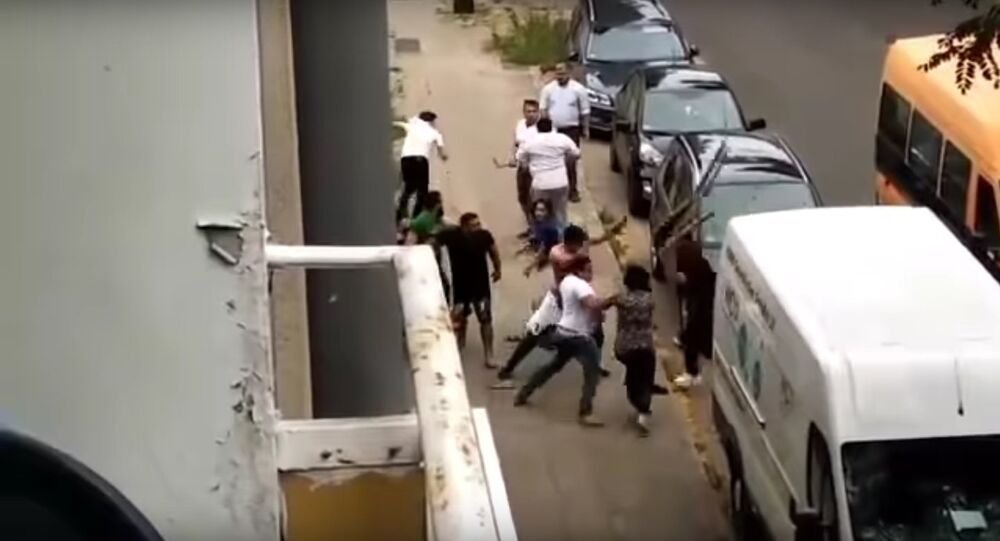 Local police have reported that they are looking for 25 suspects involved in a fight that put five people in hospital.

Residents of the German city of Gelsenkirchen witnessed an unusual scene on Schlossstraße at 5:00 p.m. as two groups of local Roma families, according to the witnesses, started fighting each other right in the middle of the street. At least 50 people were involved in what started as a heated debate, but turned into a violent clash using baseball bats, sticks, bottles and even chairs.

It is unclear what started the dispute, but the sides rapidly dispersed only after a police detail arrived on the scene.

The police reported that at least five of the participants had been taken to the hospital while three other had been arrested to prevent further fighting. Local police also said they are looking for 25 people involved in the mass fight.

Netizens took their displeasure with the situation on the street to the comments section on Facebook. Some of them forecasted a grim future for Germany. Others urged the government to strip the participants of social payments.

"When such incidents are happening on almost every street, many people just can't sleep. What is happening in this country is really horrible," a user named Brigitte März wrote.

"Strip them of their social relief!" the user, named Bernd Bremer  wrote.