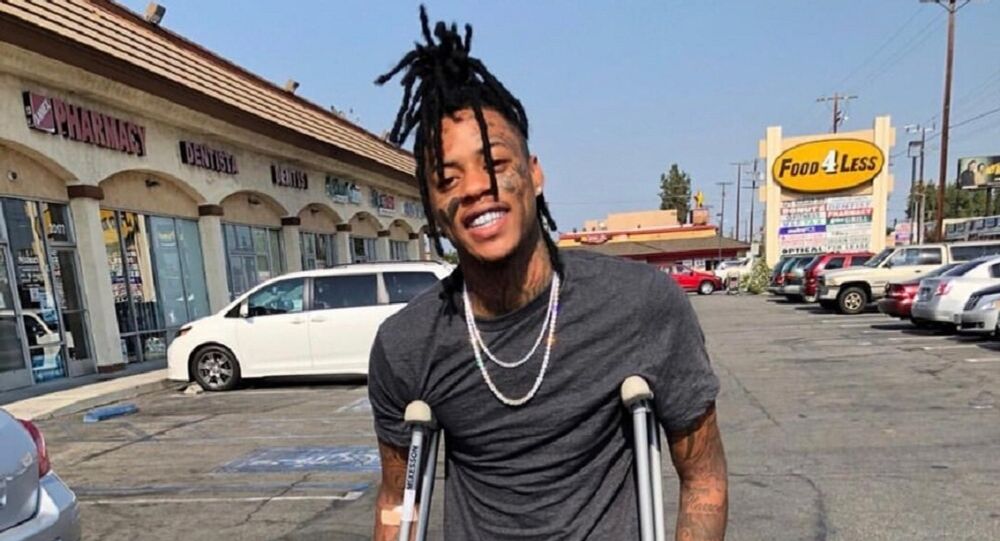 Two rappers have already been shot dead in recent months, prior to an attack on Boonk Gang, although some people on social media have suspected him of shooting himself in a PR stunt.

US rapper John Robert Hill, largely known by his alias — Boonk Gang, has shocked his subscribers by live streaming from his car after being shot twice in the upper leg. The stream featured him allegedly going to the hospital, showing his blood-stained jeans.

The rapper later posted pics of himself on a hospital bed and outdoors on a pair of crutches, saying he is doing well and that "n**gas get shot every day."

While many of Twitter and Instagram followers have expressed their support and extended their wishes for a speedy recovery, some of them suggested that Boonk Gang actually shot himself to get attention.

"N*gga shut up legit shot himself twice because fame got to his damn head and he wants more of it," a user named ohno.mp4 wrote.

"He shot himself," user shanek_k stated.

Some of Boonk Gang's fans attacked those accusing the rapper of trying to draw extra attention by shooting himself.

"Stop being disrespectful no one is asking for your two sense [sic], nothing is funny idiot," a user named teyerahh wrote.

Boonk Gang is not the first rapper to be a victim of gun violence in recent months. Canadian rapper Smoke Dawg was killed as the result of a shooting in Toronto on July 1st.  Prior to that 20-year-old US rapper XXXTentacion was shot dead in a drive-by as he was leaving a motorcycle shop in southern Florida.