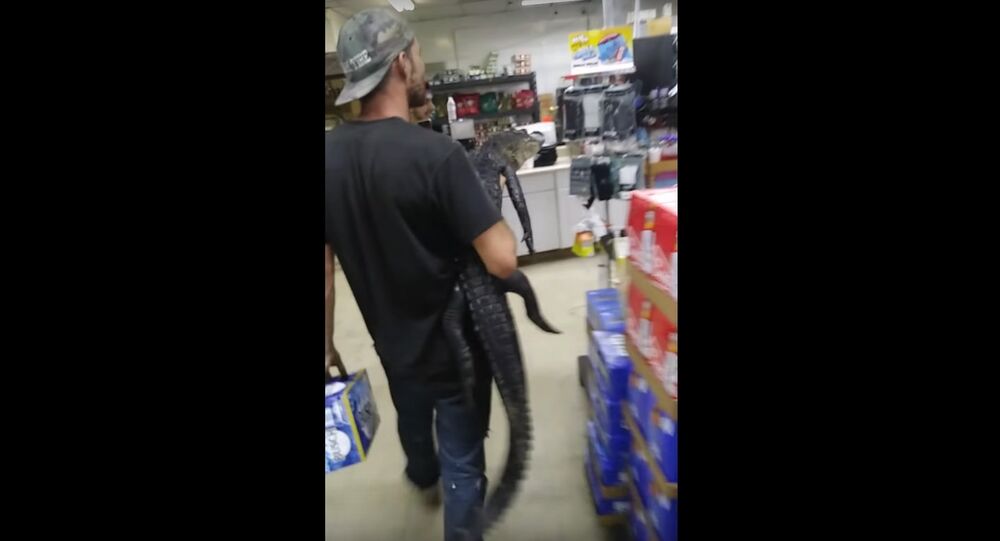 It was a typical day for a Florida convenience store, but it got crazy when a customer decided to stop into the shop to get some beer while carrying an extraordinary pet.

“Ya’ll aint out of beer are you?” – the man, later identified as Robert Stratton, casually wondered as he walked toward the counter carrying a live alligator with its mouth taped shut.

Having uploaded the video to his Facebook page, he subsequently posted a picture, writing that “it was all fun and games,” and even the “victims” weren’t mad at him.

Meanwhile, the Florida Fish and Wildlife Conservation Commission has launched an investigation into the incident to find out if the man’s actions were illegal, local media reported.

The video has become the talk of the sunshine state, with the majority of social media users poking fun at the entire situation…

People leave their kids in the car for beer runs but can't leave the gator outside?

“Give me all your beer and make it snappy!”

“Excuse me do you have anything for my Gator to drink?” pic.twitter.com/6PRhxAEfv3

…while others said they were not surprised this happened in Florida:

It's Florida. I'm surprised the opposite didn't happen.

Favorite quote from the story: "It is currently unknown if the man has done anything illegal." I live you, Florida.

According to the Commission’s website, to possess lawfully acquired alligators for personal use, an individual must have a Class II Personal Pet License, be 18 years old, “not convicted of certain wildlife related violations and demonstrate 1 year and 1,000 hours of substantial practical experience in the handling, husbandry and care of alligators and other crocodilian species.”