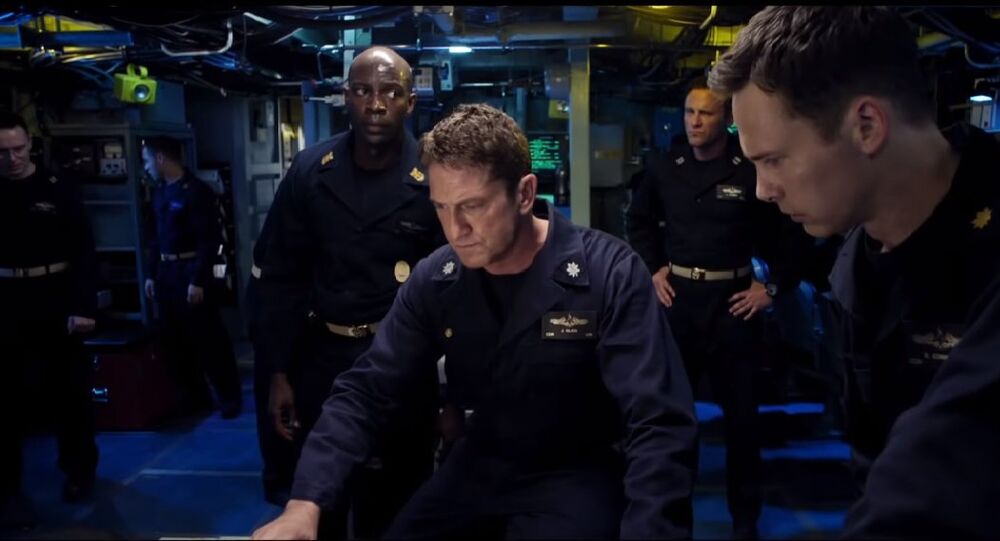 The trailer for Hunter Killer, a Hollywood action film set to be released later this year, prompted a lukewarm reaction among Russian film buffs, who couldn't get over the movie's audacious plot.

The Lionsgate film, staring Gerard Butler and Gary Oldman, tells the story of the crew of an US sub patrolling in the Arctic Ocean which has been informed that the Russian military has initiated a coup against the government. To prevent global war, the brave officers hatch a daring operation to save the Russian president.

The plot of the film, which is set for worldwide release in October, proved too much for some Russian social media users.

"Ah geez, have they run out of people to save? Friggin heroes…" one user wrote. "Who is he being rescued from? From the Americans themselves?" a second asked. "You don't say. From whom is he being saved?…These guys sure have a good imagination," another chimed in.

"Basically, the Americans have shot a film about an armed coup in Russia (which is a real wet dream for them!). And the 'rescued Russian president' is probably a puppet, like the drunken Yeltsin. Does anyone realy want to watch this wretched film?" one user asked.

"We should make a film about how our military saves American democracy after it is encroached on by White Helmets who have been nurtured and resettled throughout the US," one user quipped. "It's time for us to save President Trump and America, for example, from the Yellowstone volcano, the Klu Klux Klan, and the 'Democratic' Party," another suggested.

"Lord have mercy! Is this a comedy? Are they going to rescue our president in the same submarine that got stuck in the ice a little while ago?" another joker asked.

Directed by Donovan Marsh and based on the 2012 novel Firing Point by Don Kieth and George Wallace, Hunter Killer is scheduled for release on October 26.