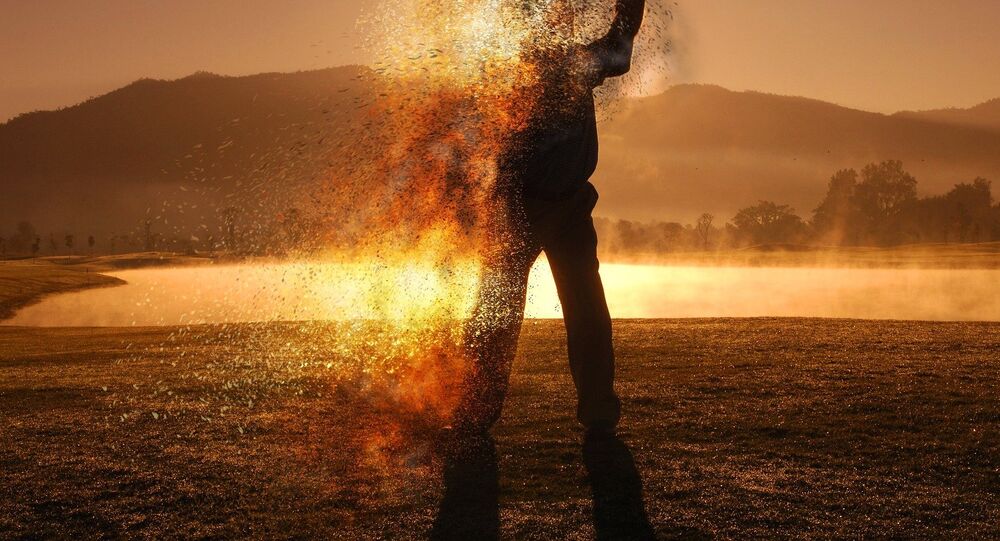 A British explorer, who chose to remains anonymous, was snorkeling and scouring a riverbed in Scotland for traces of gold. His find was dubbed the Douglas Nugget, and it weighs 85.7g.

"I was following a crack in the bedrock and found around 2g in fine gold. This then led to a pocket, where I uncovered the nugget. I called over my friend to have a look and we both assumed it to be around 5-7g in weight. It wasn't until I removed it that we realized just how big it was. I took off my glove and picked it up, jumped out of the water and screamed ‘bingo!' to my friend. We were both stunned and couldn't believe it. I've never seen anything like it in my lifetime," the diver reportedly said.

To prevent a gold rush to the location, where the precious metal nugget was discovered, its coordinates have been kept secret.

The nugget is currently kept in a safety deposit box, as the owner is unsure what to do with his unusual and rare discovery.

It's… An O M E N for a treasured Scottish future.

… or a river washed shiny stone

In any case it's Caledonian not British.

The Herald: A less than shiny Unionist rag, that hasn't got real news, just social engineering tasks for the ever diminishing multi-shades of Tory.

The predecessor of the Douglas Nugget weighed 59 grams and was found in Cornwall. Until now it held the title of the biggest gold nugget to be found in British waters.