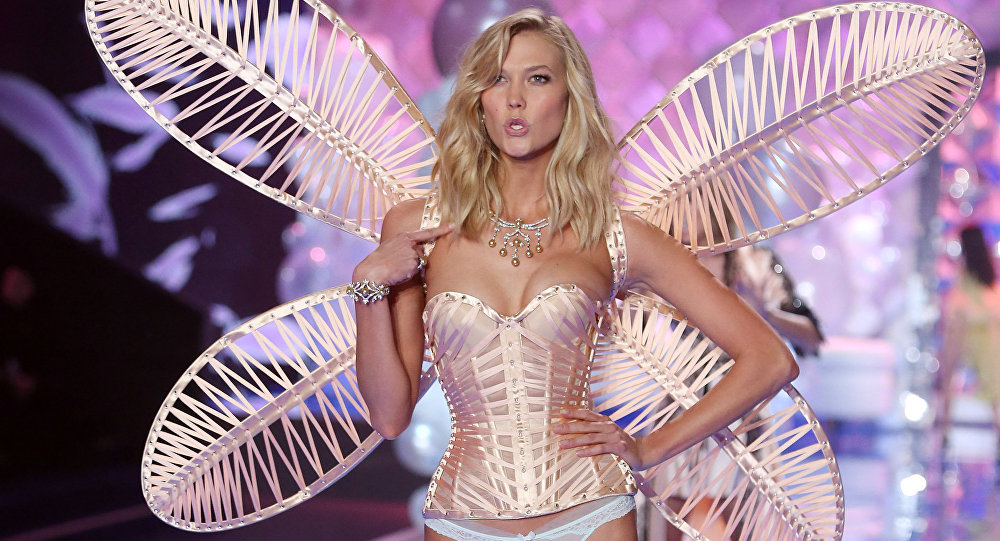 Model and start-upper Karlie Kloss and the brother of the president's son-in-law, Joshua Kushner, have announced their engagement, triggering a social media storm, with an English princess and Serena Williams screaming with joy, chatting about a massive diamond on the ring and discussing the guest list for the wedding.

After dating for 6 years and typically keeping their relations private, Karlie Kloss and Joshua Kushner launched a news bomb on Instagram when they announced they are going to get married.

I love you more than I have words to express. Josh, you’re my best friend and my soulmate. I can’t wait for forever together. Yes a million times over 💍

According to the People magazine, Kushner proposed “a few weeks ago during a romantic weekend together in upstate New York,” but the couple decided to break out the news to the public just recently.

Joshua, who is an entrepreneur and founder of a number of firms, is close to Jared Kushner and Ivanka Trump, whom he calls sister, according to Forbes. The US president's daughter has welcomed the model to the family, writing in the commentary section below Kloss’ engagement announcement.

“So, so happy for you and Josh!” Ivanka wrote on Instagram. “I feel blessed to have you as a sister (!!!) Karlie and look forward to the decades of happy memories we will create together as a family!”

The 25-year-old model, who has featured in numerous fashion shows and campaigns for brands like the Christian Dior, used to be a Victoria’s Secret Angel, but also started an educational company, Kode With Klossy. She shared in the overly emotional reaction to the news from her friends Serena Williams and Princess Beatrice, the daughter of the Duke of York.

​​The social media users also rushed to share their excitement over the engagement.

It's so beautiful that Karlie Kloss and Joshua Kushner are now engaged (I feel that lots of people are getting engaged!) How tall are their —future- children going to be? She's 6'2'' and he's a lil' taller,? It's just a curious question 🤪 I'm happy for them and wish 'em the BEST

​Some turned their attention to a wedding ring featuring a cushion-cut diamond in a platinum solitaire setting, which is thought to be worth as much as $500,000, according to Fox News estimates.

#NEW Karlie Kloss showing her engagement ring to us💎
……………………..
Cause diamonds are a girls best friend @karliekloss pic.twitter.com/MFYlPCPACK

​However, not everyone was that benevolent; some slammed the model for becoming a relative of Donald Trump.

Claiming "I'm with…." means nothing when you align yourself with BOTH the Trumps AND the Kushners. Educate yourself. Both are criminals. F them all. pic.twitter.com/AmaM6j4vmI

Live footage of Karlie at the wedding pic.twitter.com/ZasZjHn72g

​Many joked about the model’s future initials.

Karlie Kloss is marrying Ivanka Trump’s brother in law? 🤨 so her name with me Karlie Kloss Kushner…KKK? pic.twitter.com/kr4aBhyvdA

​Some were guessing if the US President is going to be in the guest list, along with Kloss’ celebrity friends Serena Williams and Taylor Swift.

GUYS Karlie Kloss's engagement to Josh Kushner is a HUGE deal. What is the wedding going to be like? Obvi Ivanka will be there but will Trump be invited. Will Taylor be there? Lena? THIS IS WILDDDDDD

​Despite being the younger brother to Donald Trump’s son-in-law and advisor Jared Kushner, Joshua, a self-proclaimed lifelong Democrat, has distanced himself from the President, avoided expressing his views on policy and even attended the anti-Trump women’s March for Our Lives with his future wife.