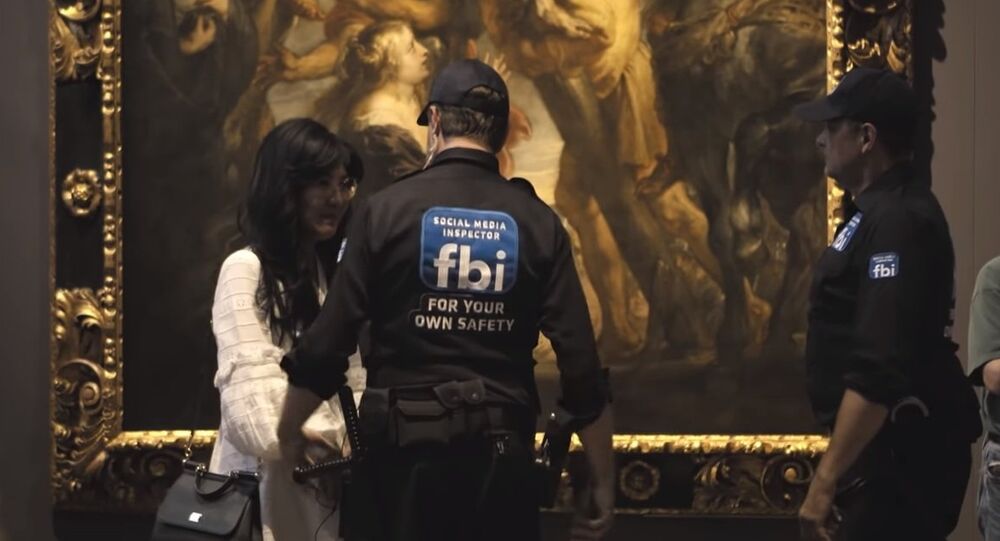 Facebook reportedly earlier removed one of its adverts and posts showcasing Peter Paul Rubens’ masterpiece Descent from the Cross, stored and much cherished in one of Antwerp’s churches.

A Belgian tourist organization, Tourism Flanders (Toerisme Vlaanderen), stood up to the social network’s ”cultural censorship,” coming up with a mocking video called "16th century Rubens paintings versus 21st century social media regulations," according to The Brussels Times, which called the action “a playful protest.”

In the footage, social media inspectors clad in FBI uniforms patrol an art gallery and address visitors with the question if they use social media accounts. Those who answer in the affirmative are pulled away from historic paintings featuring nudity to those which do not feature naked human bodies. "We have to protect you against nudity, even if it is artistic in nature," an inspector solemnly states.

In an open letter to the social media giant, cultural enterprises such as Bozar and Tourism Flanders, which is promoting trips to the northern, Flemish, part of Belgium, home to Rubens and other famed artists, complained about Facebook “constantly rejecting works of art by our beloved Peter Paul Rubens,” going on to invite Facebook chief Mark Zuckerberg to meet their representatives for a bit of talks over “a cup of coffee” or a pint of Belgian beer.

“Breasts, buttocks and Peter Paul Rubens’ Cherubs are all considered indecent. Not by us, but by you,” the letter reads, adding that the policy prevents those interested from learning more about the renowned Flemish “old masters.”

Facebook responded by saying that there were no precedents of the platform taking down posts featuring artistic nudity, but admitted to toughening their content guidelines.

According to The Brussels Times, the Flemish Office has put together a cultural plan for the next few years to advertise the works of Rubens, as well as other 15th-17th century Flemish painters, including Pieter Bruegel the Elder and Jan van Eyck.