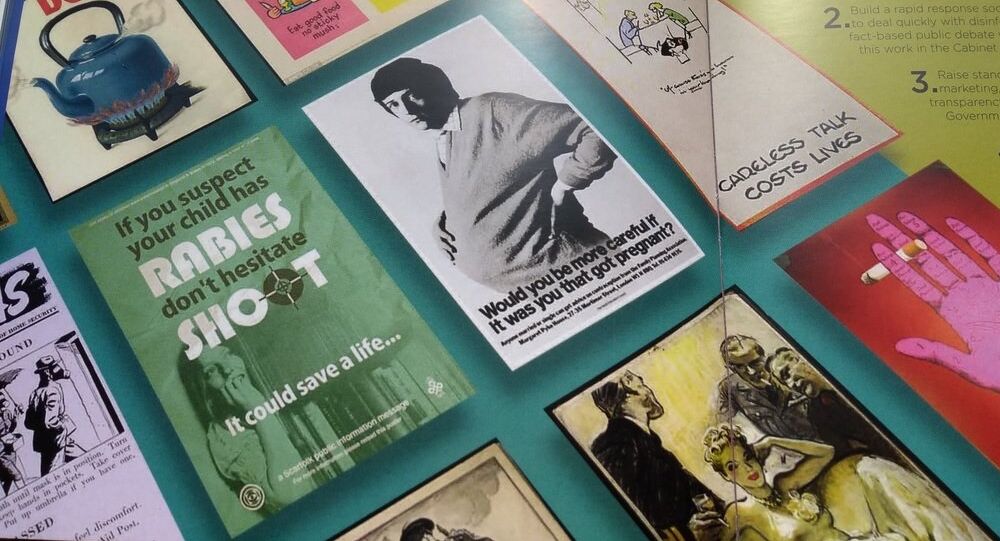 The British civil service’s mistake has gone viral, with many questioning how the poster’s satirical nature wasn’t identified.

In its quarterly magazine, the civil service accidentally published a satire poster urging parents to kill their children if they become infected with rabies.

“If you suspect your child has rabies, don’t hesitate, shoot. It could save a life… For more information please reread this poster,” the poster, created by Scarfolk Council, a satire website run by writer Richard Littler, reads.

Wow. This has made my week. This is from the government's *own* publication about the history of government communications. They mistakenly included a Scarfolk poster which encourages the killing of children. Clearly, nobody thought it was too extreme. (via @CraigHeap) pic.twitter.com/PITafePTKe

Mr. Littler told British media he had no idea how his poster ended up in the government magazine. He also said that he has sent the British government a copyright cease and desist notice for using his creative work without seeking his permission or paying him royalties.

The Cabinet Office has confirmed the poster was erroneously published in the civil service’s in-house magazine, with a cabinet spokesperson saying “This image is a parody of 1970s public information campaigns and was mistakenly used in a publication for illustrative purposes."

Brits have taken to social media to mock the government for its shocking error.

How can we we sure they didn't just see the poster and say "what a smashing idea!"…? https://t.co/4zxG5jWodq

The government has admitted it 'accidentally' used a @Scarfolk poster, which tells people to shoot their children if they suspect they have rabies! 😬

The Tories 'accidentally' suggesting ways to cut down on child benefit bills?

In an age where nobody can separate fact from fiction this is a magnificent act of subterfuge and tomfoolery. Hats off to whoever did this. And don't forget, if your children are showing signs of rabies, shoot them. https://t.co/9jc9Yozx3j