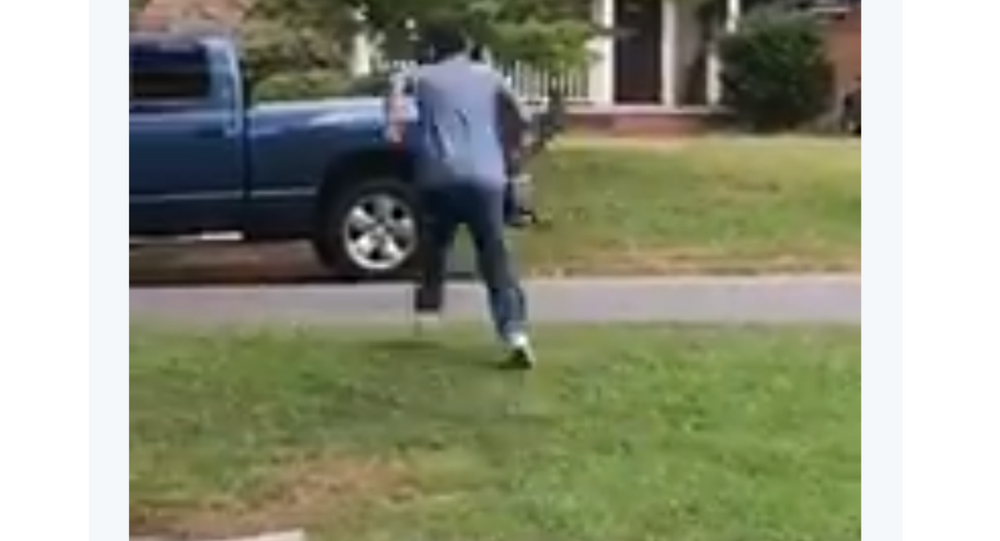 A North Carolina man was caught on video verbally assaulting a couple in Charlotte, North Carolina, on Sunday because they had a “F**k Trump” sign displayed on their lawn.

The man can be seen arguing with the male homeowner at the front door of the Charlotte home at the beginning of the video. A woman who also lives in the home is also heard telling the man to get off their property toward the end of the video. The identities of the homeowners involved in the incident are unknown.

​The video of the incident was first shared on the "Charlotte Uprising" Twitter account on June 15 with the caption, "This just happened to our family in Charlotte. Please retweet!!!!"

According to the organization's website, Charlotte Uprising is a "coalition of community members, local and state organizers committed to ensuring the safety of their communities and advocating for police accountability, transparency and social and economic equity."

So far, the Twitter video has been viewed almost 400,000 times and has been retweeted more than 5,000 times. On Monday, Charlotte Uprising revealed the North Carolina man's alleged identity by posting his name as a comment on the Twitter video. The coalition also released the man's license plate information.However, none of the revealed information has been identified by any other sources.

"Get the f**k off my property right now," the homeowner tells the North Carolina man. "Why you care about f**k?"

In addition to the sign, the Charlotte locals also had signs saying "Refugees Welcome Here" and "Black Lives Matter" displayed on their front lawn.

"I voted for Bernie Sanders, motherf**ker. I don't give a f**k. F**k you!" the man replies, adding that he lives in the neighborhood and doesn't want children to see the word "f**k" when they pass by the house.

"It smells like godd**n weed in your entire f**king house, that's why the cops are coming right now, motherf**ker!" the man continues yelling at the homeowners as he walks back toward his truck.

As the homeowners attempt to snap a picture of the man's license plate, he continues verbally assaulting them.

"I built this country!" he yells. "And y'alls house smells like f**king weed! I smelled it when I was walking up here!"

Twitter users have had mixed reactions to the incident.

"The language posted on the sign is reprehensible. There is something called public decency. I don't like Trump, either. I say all kind of mean, ugly things in private. That word does not belong in a public forum," one user posted.

"@ realDonaldTrump I hold YOU responsible for the reemergence of racism. You have no respect & incite your hillbilly base to harass people who don't deserve it," another user commented, tagging US President Donald Trump's Twitter account.