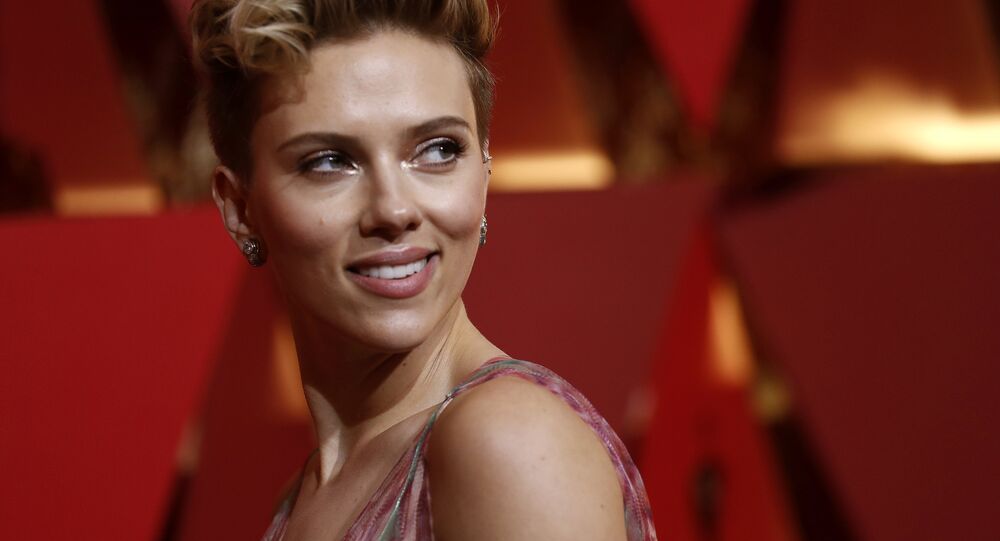 The casting of the Hollywood star has sparked an outcry on social media, mainly from the LGBT+ community, and has been used to highlight the limited opportunities given to transgender actors and actresses.

Actress Scarlett Johansson announced she was dropping out of the movie “Rub and Tug,” in which she was due to star in the lead role and play the real-life transgender man Dante “Tex” Gill, owner of a massage parlor and sex work business and was known as a major crime figure during the 1970s-1980s.

“Our cultural understanding of transgender people continues to advance, and I’ve learned a lot from the community since making my first statement about my casting and realize it was insensitive. While I would have loved the opportunity to bring Dante’s story and transition to life, I understand why many feel he should be portrayed by a transgender person, and I am thankful that this casting debate, albeit controversial, has sparked a larger conversation about diversity and representation in film,” the Hollywood star said in a statement to LGBT+ magazine Out.

Her response to an avalanche of criticism has caused a storm on social media, as many started condemning the LGBT+ community for the reaction to Johansson’s being cast in the movie, explaining that “it’s called acting for a reason”…

how many famous trans actors exist out there that can pull the kind of numbers like a well known name like scarjo can? you guys constantly want someone to represent every goddamn demographic when sometimes that person just doesn’t exist.

If that’s the case the Neil Patrick-Harris can’t be playing straight guys then. Fair is fair right????

By that logic Eric Stonestreet should be dismissed from his role in modern family bc he’s not actually gay. It’s called acting for a reason.

She is an actress.!
Anthony Hopkins wasn't a psycho.!
Tom Hanks wasn't an astronaut.!
Johnny Depp isn't a pirate.!

…and followed through with the same logic:

So the next Lord of the Rings TV show better have real Elves and Dwarves or I'm not watching.

Finally.. I stopped watching Jurassic World after I found out it's not real dinosaurs in the movie.

She’s a talented actress and her male counterparts like Jared Leto played transgender roles and were given accolades. So now we can only have real handicapped people play disabled roles? Only real gay and lesbians play homosexual roles? It’s called acting not imitating.

OMG no way? This makes me question everything now. Is Johnny Depp actually a pirate? Did Di Caprio fight a real bear?

So, does this mean American Scarlett Johansson can't play a Russian assassin in Avengers 4?

Cheers to learning & growing! I hope you’re still producing the film Scarlett. What an incredible opportunity to put your words into action even further! YAS! Let’s get lunch and talk! #ScarlettJohansson https://t.co/rrLd6mDKDe

To exhibit the spirit of generosity I earnestly want to see more of, I am going to take Scarlett Johansson at her word that she listened to feedback, realized that despite her intentions this was going to cause harm, and made the right decision to step down. Well done.

Hey Scarlett Johansson finally listened to people telling her not to exploit a marginalized identity for her personal gain.

Scarlett has a fabulous career, many wonderful roles, much success. Can we just give trans actors a chance this time!?

Others went on to say that they wouldn’t praise her for the decision she made because she shouldn’t have taken the role in the first place:

We shouldn’t applaud Scarlett Johansson for stepping down from that role, she shouldn’t have accepted it in the first place

am i supposed to applaud scarlett johansson's attitude? because i won't. she doesn't care

won't count this as a victory until a trans actor is cast. i don't trust hollywood, and i definitely don't applaud scarlett when she exited once it became too much of a bother and she didn't need the cash. https://t.co/d9LXw4HPk8

There were those who defended transgender actors, highlighting the lack of representation:

Also, if you liked Hillary Swank's performance — imagine how much more depth and understanding a trans actor couls bring to the role. Someone who lived his experiences and understood what its like to grow up trans, to have gender dysphoria, to be constantly misgendered.

I'm not Trans and I can't speak for their community, but people had an issue with her casting then too. Social media just wasn't a thing yet so it couldn't be discussed like this

Johansson’s pullout from the movie follows a massive backlash from the LGBT+ community, with transgender actresses even speaking out that there were “no excuses for not hiring trans actors for trans roles.”

In response to the criticism, Johansson said, “Tell them that they can be directed to Jeffrey Tambor, Jared Leto and Felicity Huffman’s reps for comment,” in an apparent allusion to cisgender actors, who played transgender leading roles in “Transparent,” “Dallas Buyers Club” and “Transamerica.”