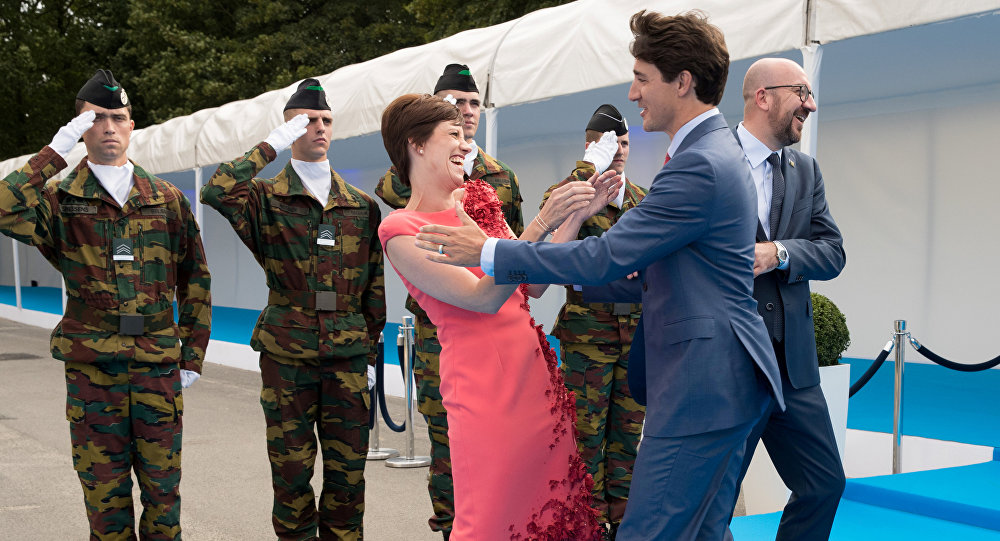 The Belgian prime minister was in for quite a surprise as he welcomed his Canadian counterpart at a NATO summit in Brussels, apparently in no small part due to the appeal of his partner.

A video of Belgium Prime Minister Charles Michel and Canadian Prime Minister Justin Trudeau greeting each other at a summit in Brussels quickly went viral due to the Canadian leader’s manners.

Trudeau had sauntered past Michel, who stepped forward to greet him, to kiss Michel’s partner, Amelie Derbaudrenghien.

Michel then moved to put his hand between Trudeau and Derbaudrenghien, a gesture that quickly turned into a hug as the two prime ministers embraced each other laughing.

This amusing episode occurred during the two-day NATO summit that kicked off in the Belgian capital on July 11.