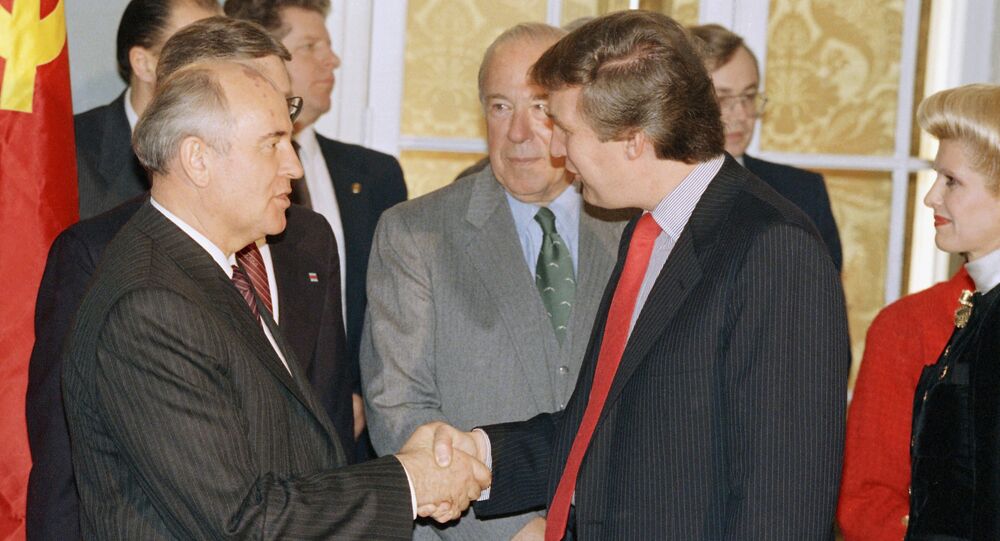 NYMAG's claim that Donald Trump was "recruited" by the KGB in 1987 during a visit to Moscow to try to build a hotel continues to make waves on social media. The wild accusation was just too much for some Twitter users.

NY Mag's article, titled "What if Trump Has Been a Russian Asset Since 1987," alleges that political statements made by the real estate mogul in the late 1980s seemed to be "built around themes that dovetailed closely with Soviet foreign-policy goals."

The article claimed (without offering any substantive proof) that the Kremlin might have gained dirt on Trump during his 1987 or 2013 Moscow trips, and argued (again based on conjecture) that the businessman may have been reluctant to publish his tax returns ahead of the 2016 election due to what were effectively "bribes" from Russia in the form of property purchases by wealthy individuals who happened to be from the former USSR.

Trump has faced accusations of collusion with Russia for years, from the media, the FBI and Congress (all of them have turned up empty-handed so far), but NY Mag's claims struck a particular nerve among Russian social media users who, already amused by Trump opponents' Russia paranoia, were only too glad to play along.

"Very deep sleeping sleeper agent." Gorbachev text bubble reads: "We will make you the president of the United States. You will sanction us!"

"Yep, that's what happened. His call sign is: Agent Shaggy."

"The US recruited Gorbachev, and the Soviets recruited Trump; we must admit that the American agent did better with his mission."

Others took a more serious tone, arguing Trump wouldn't qualify as an agent, or suggesting that Trump opponents' zeal was undermining Washington's negotiating position at the upcoming Putin-Trump talks in Helsinki.

"The KGB was interested only in smart, well-educated persons able to keep themselves and the situation under control…Trump does not qualify."

"A nice blow to Trump from the home front. He has nothing to talk about with Russia after such an accusation…They've sealed his mouth shut. Any constructive conversation will be turned into an accusation for him. America lost without even starting the game. Bravo."

I'm sure he thinks it's real but it probably belongs in The Onion (which actually reports more real news than most official news platforms).

What if Trump isn't a real biological human being but a machine that Leonid Brezhnev ordered KGB scientists to build and then program to destroy America 35 years later? pic.twitter.com/CQm9MwLyZj

You don't go deep enough, Jonathan. In 1987, when Trump went to Moscow, the KGB kidnapped him and replaced him with a lookalike. "President Trump" is in fact a KGB operative named Boris Ivanov. He also hosted "The Apprentice." This is as well established as anything in your piece