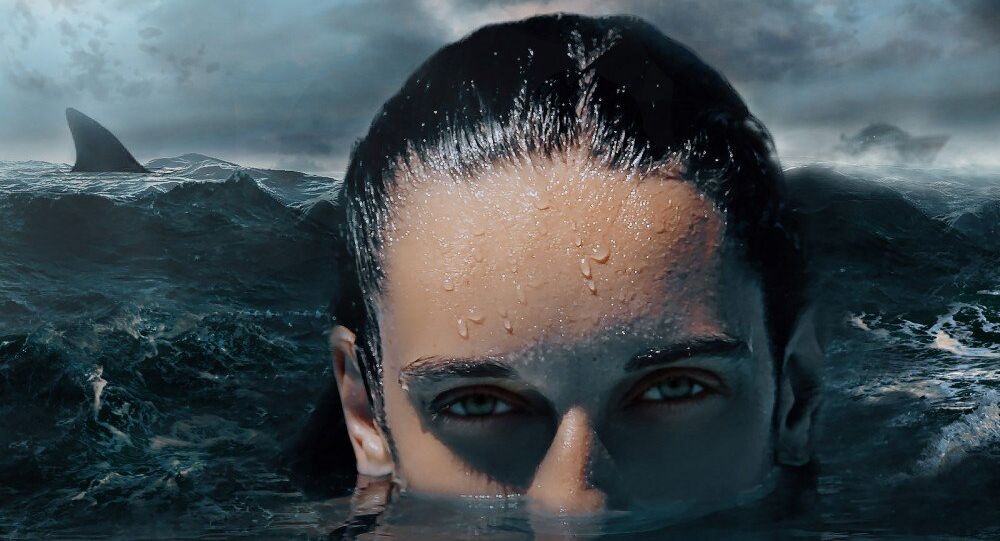 A 19-year old Instagram model and student got into an unpleasant encounter with a shark in the Bahamas as the overly curious fish decided to take a bite out of the girl’s arm.

California native Katarina Zarutskie, a nursing student at the University of Miami, was injured after attempting to swim with nurse sharks off the Bahamas, NBC News reports.

Zarutskie was reportedly floating next to the sharks near the Staniel Cay marina when one of them suddenly bit her arm and tried to drag the girl below the surface.

"He had my wrist in his mouth and I could feel his teeth sinking into my arm. I was pulled underwater for a few seconds and then ripped my wrist out of the shark’s mouth as fast as I could," Zarutskie said.

After breaking free from the shark’s grip, the girl quickly swam to the shore while holding the wounded arm above the water’s surface in order to avoid attracting other sharks with the smell of her blood.

Model lies back and relaxes, floating over school of sharks.

​Even though Zarutskie immediately had her wound treated at a local clinic, she decided to leave for Florida to seek further medical assistance due to a possible risk of infection.

© Photo : Facebook / 7 News Perth : screenshot
Live Bait: Woman Feeds Shark, Gets Dragged Into Water
David Hocher, the owner of the marina where the incident occurred, told the news agency that Zarutskie apparently approached the sharks during feeding time, and that by floating on her back with arms outstretched she made herself a tempting target for the aquatic predators that can “mistake a hand or fingers for a piece of food."

He also pointed out that a sign installed at the marina specifically warns visitors that nurse sharks "can and do bite" and that visitors must "swim with the sharks at your own risk."