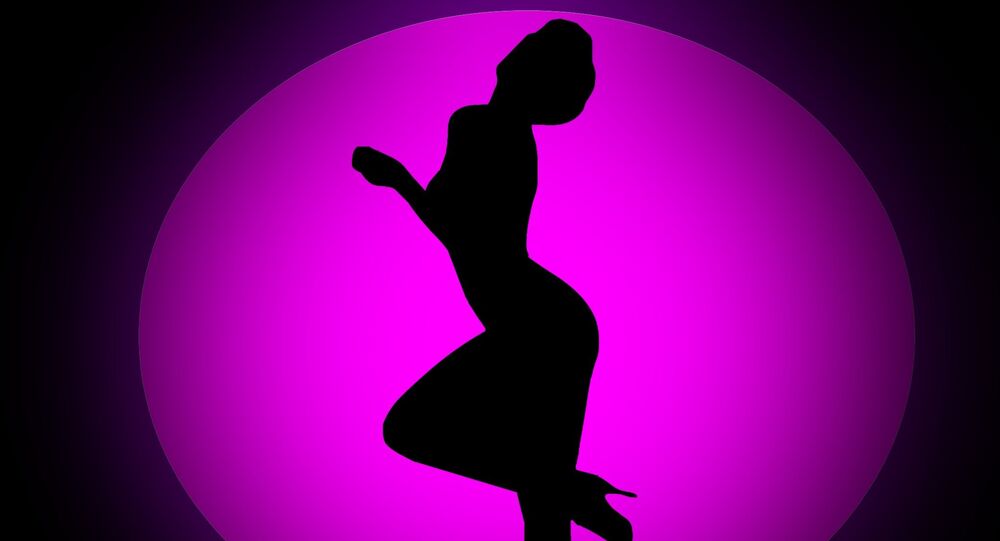 Iranian police detained 18-year-old dancer Maedeh Hojabri for posting videos of her dancing on Instagram, where she had tens of thousands of followers. As the case gained publicity, Iranian state TV broadcaster IRIB aired a video in which she confessed that she regretted recording and uploading such clips; at the same time, the teen insisted that breaking moral norms was not her intention.

She had been sharing hundreds of dance videos on her Instagram account, not wearing a headscarf, which is obligatory in Iran – but after her detention, the profile is said to have been shut down by police.

Teenage dancer, Maedeh Hojabri, was arrested in Iran. She used to record dance videos in her bedroom and upload them to her instagram with 600K followers.#مائده_هژبرى pic.twitter.com/3EDVR9veV3

Social media users have speculated that her statement was forced, with some claiming that Maedeh has already been released on bail on condition that she will never again post her dance videos online:

This is Maede Hojabri, a 17 yr old #Iranian who got arrested in #Iran 4 dancing to songs on social media. Her accs were closed. She's out on bail with a ban never 2 dance again online.#MaedehHojabri #FreeIran @realDonaldTrump @nytimes @AmnestyIran @FoxNews @UNHumanRights pic.twitter.com/StSlOeK7E6

This Iranian girl was arrested in Tehran for uploading her dance videos in instagram. This is ridiculous!
Dancing is Art, Not a Crime! #MaedehHojabri #Iran pic.twitter.com/FCJToJmxMX

@strefie This is Maede Hojabri, an Iranian who got arrested in Iran 4 dancing to songs on social media. Her accs were closed. She's out on bail with a ban never 2 dance again online. Thought u might wanna see her dancing to your song. #maedeh_hojabri #letsdance #girlsrock #bobon pic.twitter.com/TbKK0tOxO3

Twitterians stood by the girl, encouraging her to “keep on dancing”:

Brave girl. God protect her. It really breaks my heart knowing how many talented singers, dancers, artists..not to mention the many skilled people of all types who are so stifled and limited there. So much amazing potential just suffocated and wasted.

I hope for the day that she can dance in freedom, and all Iranian women #KeepOnDancingMaeade ❤️💛💙

Some even said that many Iranian girls were inspired by Maedeh and uploaded their own dance videos to support her:

Many Iranian girls started supporting #MaedehHojabri who was arrested because she uploaded her dancing videos on Instagram. Here is the video of a girl who supports #MaedehHojabri and defies the Iranian regime by dancing in a public space. #IranRegimeChange #دوربین_ما_اسلحه_ما pic.twitter.com/i2gH5QmwZm

A number of Iranian-American activists also condemned the detention of the girl, adding that they were proud of her:

Arresting a 19-year-old girl for dancing & uploading her videos on Instagram and then forcing her to confess her "crime" on TV. Yet another disgraceful act by #Iran's judiciary & every single individual involved. A horrendous display of intolerance. For shame. #MaedehHojabri pic.twitter.com/XhJArMBCUc

Her name is Maeade Mahi. Recently she got arrested just because of uploading her dancing videos on her Instagram. If you are a woman in Iran and you dance or sing or show your hair then you are a criminal. If you want to enjoy your true self, you have to brake the laws every day. pic.twitter.com/0eIq5ld5x6

We are proud of you #MaedehHojabri
You are the sign of beauty and value of #IranianWomen 🙏💐 https://t.co/3YC73Nruow

This women was arrested in the Islamic Republic of Iran & forced to confess on state tv that she regrets recording & uploading her dancing videos.That’s what #ShariaLaw means for people’s daily life. It ruins lives of people & a whole county.#MaedehHojabri#DanceOfFreedom pic.twitter.com/8SXMBXa3Q2

Since June, many Iranian women have been filming themselves dancing in the streets, breaking a strict ban on dancing in front of men who are not family members – which, by extension, includes dancing in public spaces.

It's illegal for Iranian women to dance on the street… but that's not stopping them pic.twitter.com/SNvTOYn13E

This kind of protest against the strict laws has been gaining momentum for several months, as well as women removing their hijabs in public, which is also illegal in Iran.

Brave women dancing in the street and walking without #hijab in #Iran where both are illegal. pic.twitter.com/yEcDD5TC9w