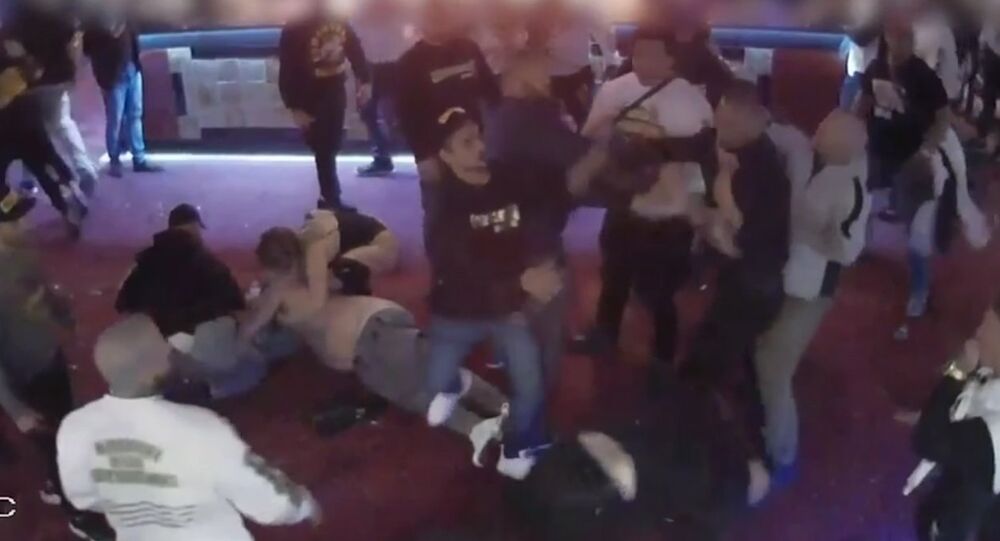 A bikie gathering in a Canberra strip club turned violent after gang members launched into a dispute in the club’s smoking area last August.

The disturbing surveillance footage, which has since been removed from YouTube, was released by an ACT [the Australian Capital Territory] court, showed a group of motorcyclists at the Capital Men’s Club arguing for an unknown reason.

The dispute escalated into a wild skirmish as gang members started punching and kicking a fellow bikie, who was then knocked to the ground, lying unconscious on the floor, while they continued beating him.

Strippers then tried to help the man as the violence continued in the background – but when the victim regained consciousness, he immediately rushed into attack.

© Photo : taken from Twitter
WATCH Women in Bikinis Fight at San Francisco Pride Parade
At the same time, a number of men are seen aggressively yelling and pulling off their shirts to join the messy brawl, while female workers can be seen running away from the scene.

The brutal fight, which lasted for about 10 minutes, ended up with a group of bikies unwillingly leaving the strip club.

One of the men involved in the incident pleaded guilty to affray in the ACT Magistrates Court on Thursday, while another five members of the gang are due to appear before the court next month.