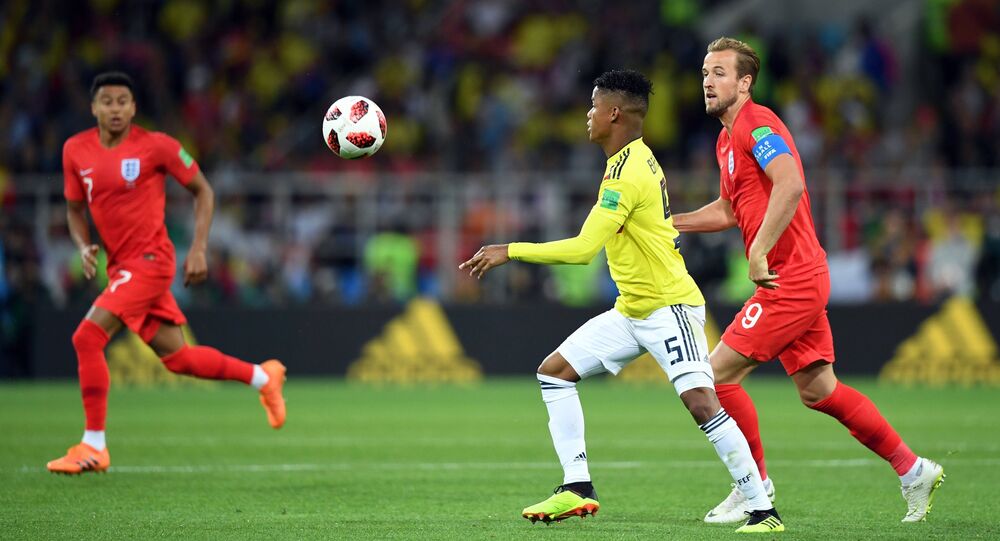 Actors in "Titanic The Musical" took to Twitter this week to vent their frustrations after two audience members opted to watch the 2018 World Cup game between England and Colombia instead of their performance.

According to the angered cast members, two women sitting in the front row at Nottingham's Theatre Royal were heard celebrating during the match's penalty shootout, which coincided with the emotional lifeboat scene.

​After the performance, stage actor Niall Sheehy let it all out on the Twitterverse.

"To the two women in the front row tonight who not only followed the penalty shootout on their phone, but also said ‘yesss' on each goal scored, you are the most ignorant audience members I have ever had the misfortune to perform in front of," the actor tweeted. "And when a cast member signalled ‘put your phone away' during the bows and you smiled, gave a thumbs up and replied ‘I know — we won!!', I think you may have let us all know you are the stupidest woman on the planet."

© CC0
And Then There Were Eight: The Sputnik World Cup Quarter-Finals Preview

Fellow actor Kieran Brown chimed in and added that he was "dumbfounded" by the ordeal.

"2 ladies, 1 older 1 middle aged, slap bang front row clearly watching football on phones during the most poignant moment of lifeboats scene, cheering & giggling like stupid schoolgirls," he tapped out on his keyboard. "To say I'm raging is an understatement! They should be marched out in disgrace!"

When asked by a netizen why the ushers didn't intervene, Brown noted that at that point in show there was "nothing they could have done without causing even more disturbance for even more of the audience."

​But wait, there's more! Stephen Webb, another member of the cast also offered his opinion on the matter.

"If you come to theatre to see the show do not… I say do not… sit there on your phone to watch the World Cup!!! Stay home!!!" Webb said. "It's so disrespectful!! Especially if you are sat in the front row."

​Webb wrapped up his complaint with some angry emojis and the hashtag admonishments of #Manners and #GoHome.

In response to the angry artists, Nottingham's performance house, Theatre Royal, released a statement apologizing for the incident and explaining that audience members were told to turn off their mobile devices during the show. It was also noted that staff members were not aware of the disturbance.

"It would seem that these two audience members seated on the front row, only a few feet away from the stage, perhaps had not realised that their actions could be both seen and heard," the statement says. "Even if audience members feel that they are being quiet or discreet in checking their phones during a performance, it is both disrespectful and distracting to the actors on stage and to the other people around them."

"Our staff are vigilant in stopping this kind of behavior, where it is practical to do so without further distracting from the action on stage, but we do also rely on people using courtesy and respect to those around them when they come to see a live theatre performance," it added.

According to the BBC, England's next match, which is scheduled for Saturday, is set to take place during the musical's matinee showing. Let's hope audience members can hold off until the end of the match to celebrate. The show only has a Friday and Saturday showing left at the theatre.

England is playing Sweden for a shot at the semi-finals match on July 11. The final World Cup game will be held in Moscow on July 15.