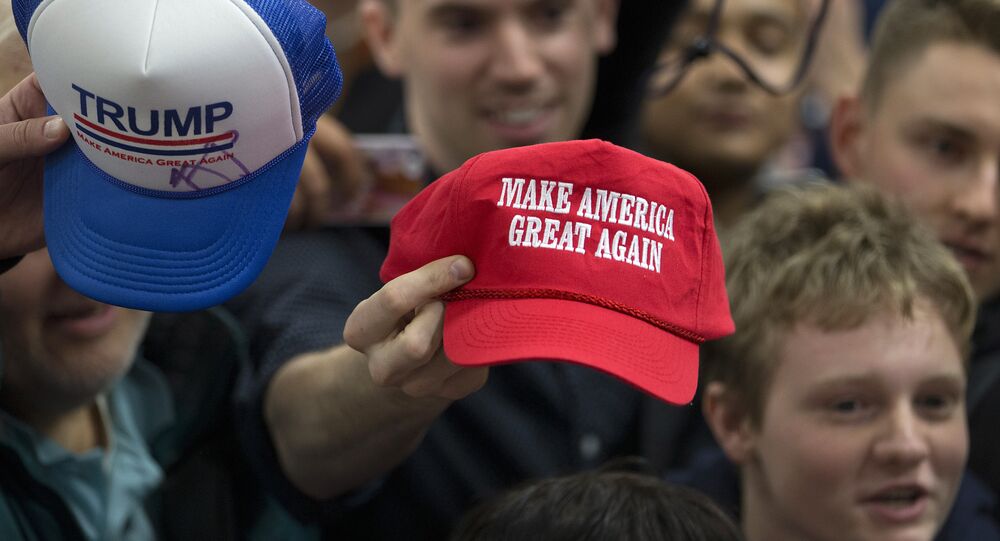 A video has surfaced on social media showing a man ripping a "Make America Great Again" (MAGA) hat off a 16-year-old's head and throwing a drink in his face, followed by a verbal slur over the teenager’s political views.

A bar in Texas called Rumble has fired a part-time bartender who threw a drink in a teenager's face and tore off his "Make America Great Again" hat. The recent incident occurred at a local Whataburger restaurant, where the bartender also worked, which has now surfaced on social media. The bar issued a statement condemning 30-year-old Kino Jimenez's behavior, saying that the bar needs to be a safe space for people of all ethnicities, sexual leanings and political stances.

The incident took place on the 4th of July, when Kino Jimenez threw a drink at 16-year-old Richard Hunter, saying "You ain't supporting sh*t n**ger" after having ripped the MAGA hat off his head. As he left with the hat, he added "This is gonna go right in my f*cking fireplace, b*tch." According to Hunter's own words, Jimenez didn't try to initiate a conversation or to discuss his political views, but decided instead to assault him straight away.

READ MORE: Canadian Restaurant Given One Star After It Refuses to Serve Trump Supporter

Most Twitter users supported the bar's decision to fire Kino Jimenez, with some even demanding harsher punishment for his actions.

Rumble did the right thing and fired him. They should be getting more business now, so leave them alone. This dude can now be found at home filing for unemployment.

Kino Jimenez of San Antonio. He was fired from his job at Rumble
.
kino got what he deserved. pic.twitter.com/C3V0wLkRVk

Lol every time an employer googles Kino Jimenez for the rest of his life, will see he is a bully against children. Bet he says “I can’t get a job because trump is a racist!”

Dear America, THIS is what bullying and intolerance of Liberal Loony Leftists L👀KS like: Texas teenager attacked by a GROWN imbecilic man for wearing #MAGA 🧢 cap! Part-time Bartender #KinoJimenez grabs hat and hair from teen’s head & throws 🥤 at them. https://t.co/HCiCZSGSWl

The thing about the #KinoJimenez situation is that you’d probably never see a Trump supporter/conservative publicly assault a person wearing a “I’m with Her” t-shirt or hat. And if thats already happened I wasnt aware.

This piece of shit’s name is Kino Jimenez in San Antonio, TX. Worked the door at Rumble Bar…but has been fired because of this video. Needs to now go to jail for assaulting a minor and theft.