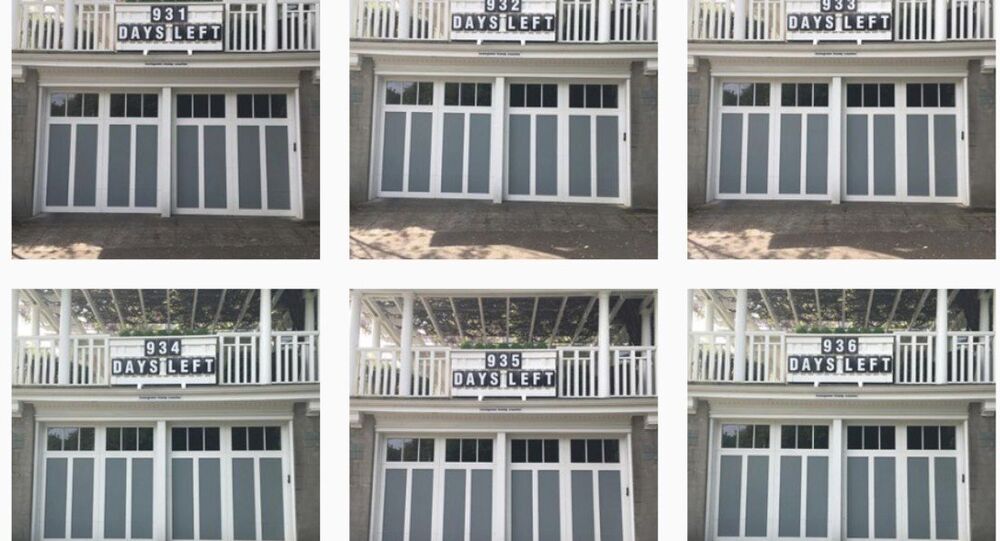 How many days left, you ask? Here’s your marquee-style reference guide. Happy Fourth of July, you lucky Americans!

To help the haters, lovers and those simply head-scratchingly confused about the antics of the current presidential administration in Washington DC, a thoughtful homeowner in the city of Seattle has created an old-school style countdown clock to reference how many days are left in the four-year term of the remarkably polarizing US 45th president.

The irony is even deeper than the swamp Mr. Trump has created in Washington. One would think a candidate for Attorney General would be unimpeachable; after all, that man or woman leads the Department of Justice, the place in our government where honor, integrity, truth and equity rise above all else. That’s why it’s so jaw-dropping to learn that EPA boss Scott Pruitt, the slimiest of all the swamp creatures on the President’s team, a man who is facing 14 different but simultaneous federal probes, had the gall to ask the President to fire embattled AG Jeff Sessions and hire him instead. Talk about letting the fox into the hen house. Free chicken for life! It would take scuba gear to get to the bottom of the Trump swamp, it’s way too deep for a snorkel. #resist #votethemout #throwthemout #mueller #muellertime #impeachtrump #impeachment #notmypresident #worstpresidentever #dumptrump #nevertrump #stoptrump #indivisible #lovetrumpshate #trumpcounter #trump_counter

Homeowner Lily Onnen asserted that the announcement — which she diligently changes daily — acts not only to statistically note how many days are left until the end of the presidential term, but also as a hopeful reminder of better times to come.

"It's a message of hope," Onnen said, adding, "For me the more the number shrinks, the more hopeful I get," cited by Newsweek.

Although there is always the chance that the increasingly-isolated Trump could be reelected in 2020, Onnen remains undaunted.

"We would reset the clock. We would start all over," she observed.

On America's November 2017 popular, family-oriented, annual Thanksgiving Day, the Trump Countdown Clock clarified the sentiment for resistance that increasing numbers of US citizens are declaring both privately and in public.

"On Thanksgiving Day, as the President is aggrieved that more Americans aren't expressing gratitude for him, we are thankful for all those who are committed to resisting his immoral, ignorant and incompetent Presidency. And resist we shall. Happy Thanksgiving," cited by Newsweek.