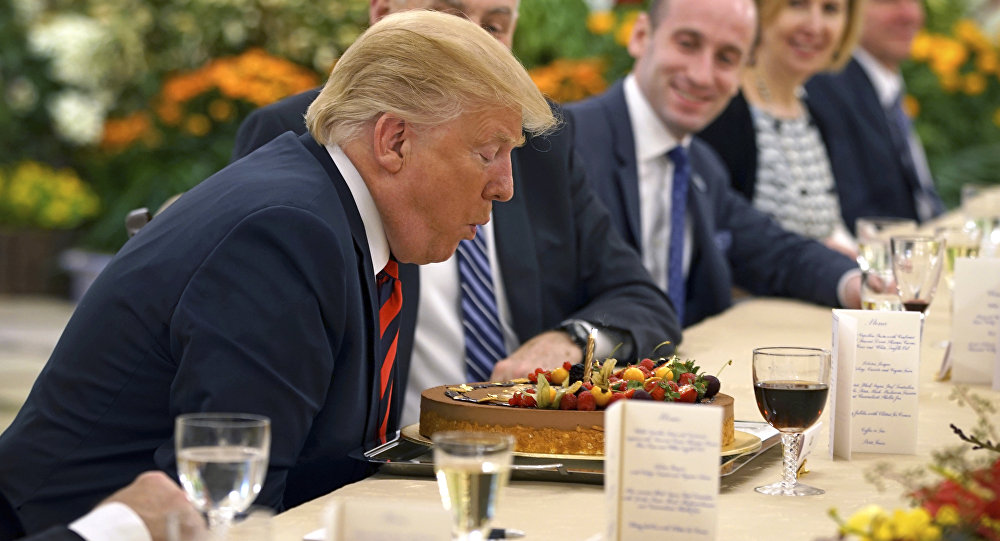 An unfortunately named draft bill, dubbed the "United States Fair and Reciprocal Tariff Act," would allow Washington to abandon World Trade Organization rules, which analysts warn could lead to another Great Depression. But Twitter users seem more concerned with one of the bill's other aspects: its ridiculous name.

The proposed legislation, reportedly ordered by the president personally, would provide him with "a license to raise tariffs at will, without Congressional consent," according to the Axios news website, which said it had obtained a draft of the bill. Economists immediately warned that the proposed legislation would spark a devastating full-blown global trade war if it passed.

However, most Twitter users seemed more keen on coming up with jokes, smelling something rotten with the bill's name.

After being ridiculed for his proposed FART (Fair And Reciprocal Tariff) act, President Trump is urged to rename several others: pic.twitter.com/IkJYzdhJ8H

If you ever needed any *more* evidence that the Trump administration NEVER thinks anything through, allow me to point out the upcoming United States Fair and Reciprocal Trade Act.

Or the United States FART Act for short.

It is so apt that Trump would actually propose something called the US FART act.

You know, in the U.K. “trump” has been a slang word for fart for many many years. If this is real, Trump has truly trumped again.

Trump’s move to break away from WTO with "fart bill" likely to have “silent but deadly” repercussions https://t.co/6oyGKOlNVv #FARTbill

Others said they couldn't believe that a bill which would "disintegrate decades of trade relationships with our allies" is "also called the US FART Act."

Trump is about to blow up the global trading regime with an unsettling FART Act. https://t.co/tgDZxQSE2V

"The world is laughing at us" says Trump, before proposing the FART Act (Fair and Reciprocal Tariff Act)

The bill has even been mocked by former Trump White House communications director Anthony Scaramucci, who jested that the FART Act "stinks" since it would hit American consumers.

WTO has its flaws, but the “United States Fair and Reciprocal Tariff Act," aka the U.S. FART Act, stinks. American consumers pay for tariffs. Time to switch tactics. https://t.co/OfyOFA1neU

The White House has yet to confirm or deny the existence of the legislation.