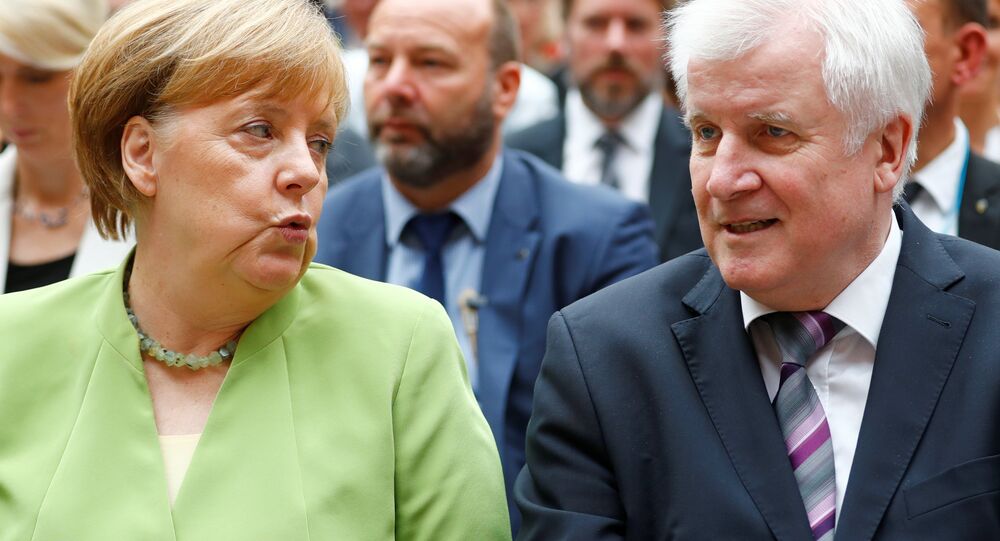 After being kicked out of the World Cup, Germany turned to a showdown of a different nature. To follow the migration row between Chancellor Angela Merkel and Interior Minister Horst Seehofer, which escalated after the latter offered to step down, local netizens came up with #MERSEE.

The row within the long time alliance of Angela Merkel’s Christian Democratic Union and its Bavarian sister party, namely the Christian Social Union, led by Interior Minister Horst Seehofer, has climbed to its climax on July 2 after the CSU leader threatened to resign. The interior minister’s “Masterplan for Migration,” which proposed turning away refugees registered in other EU countries at the German border, faced opposition from the CDU and other cabinet members.

The much-feared outcome, threatening the integrity of the coalition government and 50-year-old marriage between the CDU and CSU, has been postponed as Seehofer announced that he would hold off on stepping down. German MPs representing the three parties of the grand coalition – the CSU, the CDU, and the Social democrats (SPD) are to discuss the matter during a meeting on July 2. The German chancellor and the rebellious minister with their parties’ leadership are to hold the last-ditch talks.

The intense and fast-changing row between Merkel and Seehofer has provoked allusions to games of another sort. Twitter users came up with #MERSEE, resembling hashtags concerning the World Cup, which ended for Germany with a historic fiasco after they couldn’t get to the playoffs.

With #GER out of the #WorldCup, a hashtag for a match of different sorts has emerged on Twitter in the form of #MERSEE.

​Some chose a referee and a goalkeeper for the Merkel-Seehofer match.

with #Schaeuble today as goalkeeper for both #CDU #CSU!!!

​​The hope that disgusted Schäuble [German President] speeds up the process.

​SMS from my father: "What's going on in Berlin? Reminds me of old Schalke’s annual general meetings”

Merkel's spokesman says "yes" when asked whether German government is fully functioning at the moment. #MERSEE

​Others came up with pop culture references, using the hashtag.