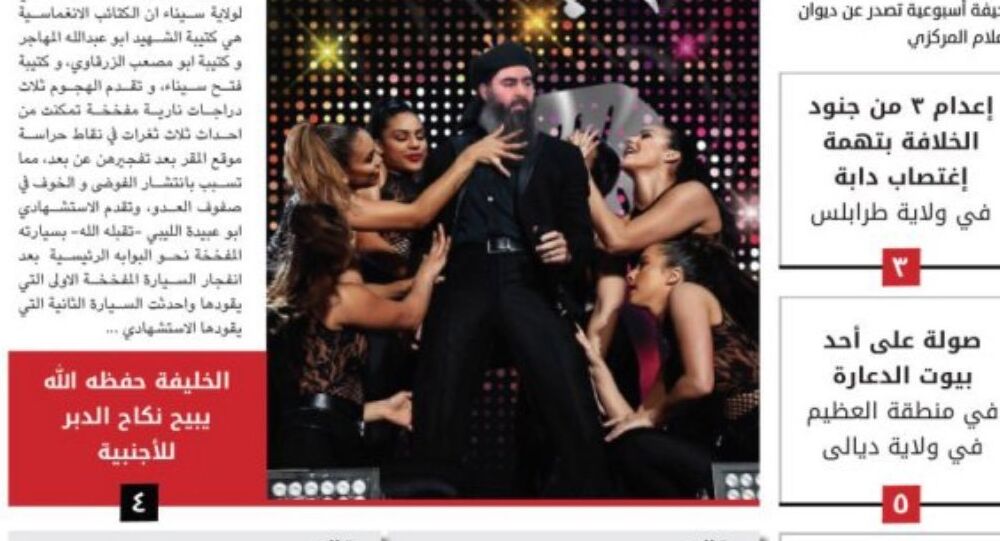 A group of Iraqi hackers struck a blow against a notorious terrorist group by infiltrating and subverting one of its digital propaganda outlets.

© AP Photo / Karim Kadim
Iraq Executes 12 Daesh Prisoners as ‘Forceful Revenge’ for Slain Captives
The hackers also introduced tracking software into the magazine that records the information of everyone who downloads the publication, thus helping uncover the identities of potential Daesh sympathizers.

As Daeshgram's members explained to the newspaper, they are “6 Iraqi IT and cybersecurity activists” who seek vengeance against Daesh for what the terrorist organization has done to their country.

"They did very bad things to our land and our people. They killed our people, they raped women and they practiced very brutal activities. Also, we think it is fun doing that and it is a big challenge for us," the hacktivists said.

* Daesh, also known as ISIL/ISIS, is a terrorist organization that is banned in Russia.