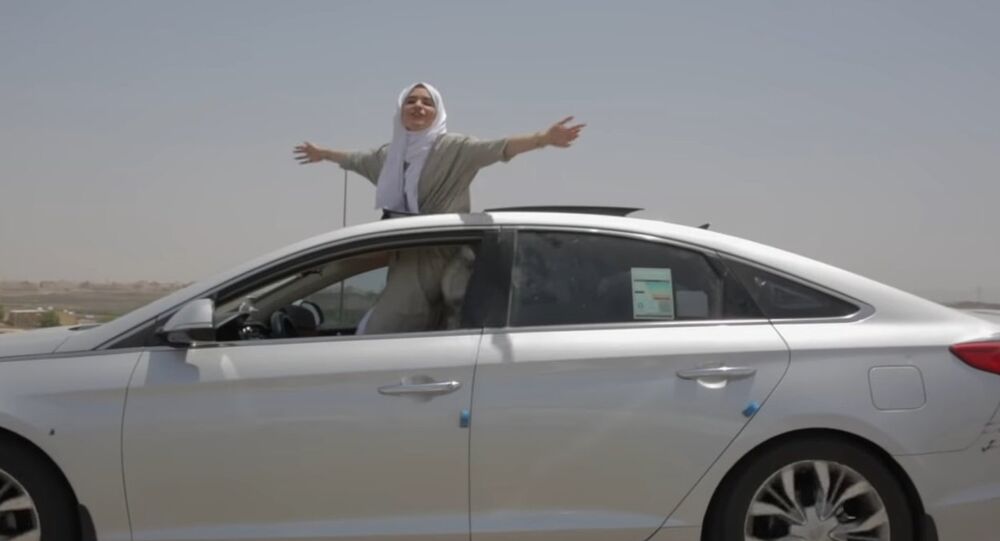 Saudi women were officially granted the right to drive on June 24 and this young woman appeared to be quick to pick up on the new, much-anticipated regulation.

Rapper Leesa A shot to fame racking up millions of likes on Instagram after she posted a video of her singing in the driver’s seat of a white Hyundai the very day the decades-long ban was lifted in the predominantly Muslim nation. While rapping at the wheel, she looks defiantly at the camera, singing:

"I don't need anyone to take me… Drivers' license with me."

The video shows the woman in an abaya, a traditional loose Islamic robe, changing the gears, pressing the accelerator and even sticking her body out of the sun-roof, all the while singing:

"I am not kidding, today I can drive myself. The steering wheel in my hands, the pedal under my foot… I put the seat belt over my abaya."

To date, the video has earned over 1,200,000 likes on Instagram and roughly 602,000 views on YouTube, with many users explicitly sharing her love to drive.

The law prohibiting women from driving was officially repealed less than a week ago, with many women of the kingdom finally obtaining licenses earlier this week. On the very first evening following the move, hordes of women in the kingdom hit the roads to share their jubilation.

READ MORE: Ready, Steady, Go! Saudi Women Not Only Drive, But From Now On Run in Marathons

The motion, announced by Saudi King Salman bin Abdulaziz Al Saud in September 2017, comes as part of grand socio-cultural reforms in the Kingdom, initiated by Crown Prince Mohammed bin Salman. In line with an all-embracing goal to liberalize the conservative country, women have already been allowed to attend public entertainment events, such as football matches, as well as to join the army. Separately, in April, Saudi Arabia officially opened its first cinema, putting an end to a nearly 40-year ban on movie theaters.