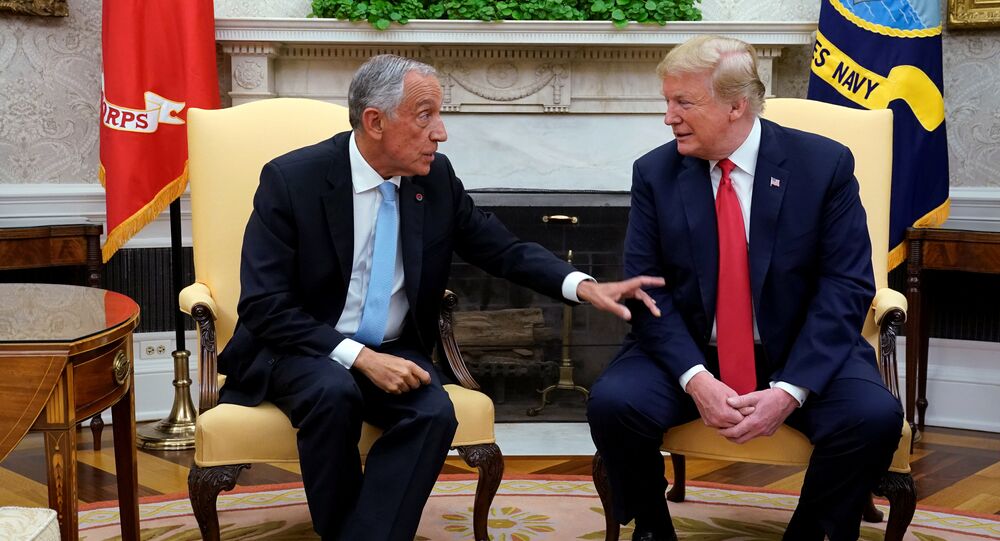 Apparently, US President Donald Trump has finally met his match after he lost at his own power grab handshake to his Portuguese counterpart, Marcelo Rebelo de Sousa.

Trump’s “yank and pull” style of shaking has on numerous occasions made international headlines and engendered Twitterstorms, but this time karma struck him back. The Portuguese president has probably heard a lot about Trump’s signature handshake and upon his arrival in the White House, he was prepared for a strong grip.

When Rebelo de Sousa stepped out of his car and Trump reached out his hand for a shake, the former dragged unsuspecting POTUS towards him. The moment, which seemed to be truly unexpected for President Trump, who even lost his balance, was caught on camera and went viral in an instant.

Ha Portuguese president was ready for the Trump pull and then Trump didn't do the handshake pull pic.twitter.com/05VZ0YxMW8

The incident has spurred an avalanche of reactions on Twitter, with many laughing their heads off:

His quick loss of equilibrium made my day! pic.twitter.com/kLm6TcYJQ8

Haha! I could watch this all day long.

Others suggested that Trump was beaten at his own “game,” citing his awkward handshakes with French President Emmanuel Macron and Canadian Prime Minister Justin Trudeau:

Beating Trump at his own game, fantastic!

All the world leaders have taken advice from Macron and Trudeau about shaking Donald's hand! It's hilarious!

That was for @EmmanuelMacron. Vive la France!

Earlier this month, the gripping presidential rivalry between Trump and Macron reached its climax when the French President grabbed POTUS' hand so hard that it left finger marks on Trump's hand.