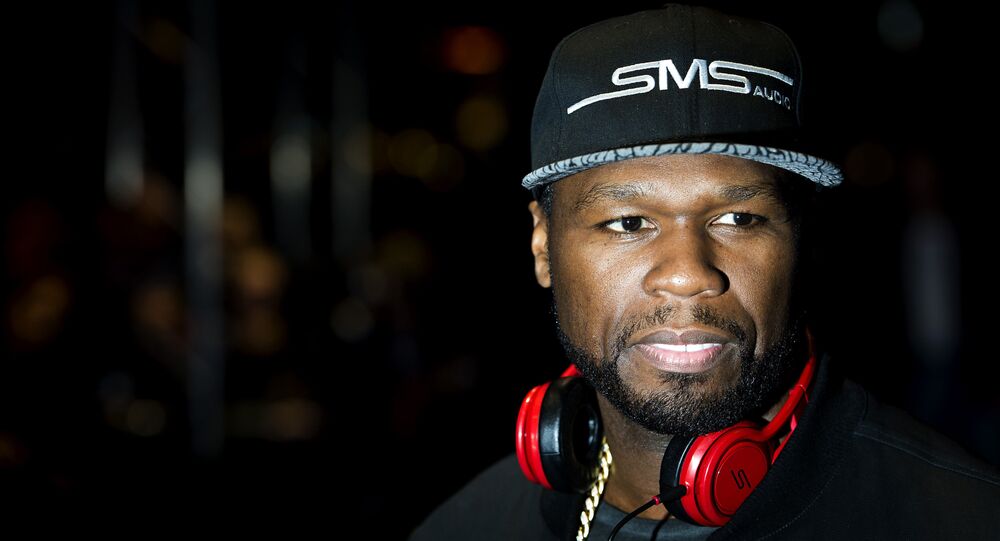 In a now deleted Instagram post the renowned rapper mocked actor Terry Crews for surviving a sexual assault, instantly meeting a storm of criticism online. However, in his most recent post he reported on recovering from "having his sense of humor removed."

"People are so sensitive, my doctor said l will be fine in six weeks, but my publicist said if you see any journalist play DEAD. get the strap," 50 Cent wrote.

After the brutal-looking Crews shocked and at the same time moved an audience while giving a testimony over him having been subjected to sexual assault, 50 Cent took to Instagram to post a picture of a shirtless Crews, captioning it in the following way: "I got raped / My wife just watched" and then another of Crews with a rose in his mouth which said "Gym time." He notably went a step further elaborating on what he thought was a discrepancy between Crew’s macho looks and his sentimental speech:

"LOL what the f**k is going on out here man? Terry: I froze in fear… they would have had to take me to jail. Get the strap."

The posts, which the singer soon deleted, provoked vast arrays of comments, with critics labeling the rapper “disgusting,” “distasteful” and outrageous. "This is why people hate you," one user remarked, as reported by The Independent.

I know Power comes back in a couple days @50cent but to use Terry Crews’ situation to troll is very distasteful.

I will admit I’ve found 50 Cent’s ‘ignant’ spiel entertaining until now. I thought he was a slightly wayward but good sport. His commentary on Terry Crews handling of sexual harassment makes clear he is an unintelligent and callous man, disinvested in his community.

Terry Crews has done more to advocate for men victims than any MRA ever will. And certainly more than losers like 50 Cent would even think to do

One user, however, recollected 50 Cent’s successes in his entrepreneurship:

Say what you want about 50 Cent but he’s one of the best entrepreneurs I’ve seen. He’s always in business mode. pic.twitter.com/h8c1fzdx2T

When asked to provide comments, Crews, who starred in the Golden Globe-winning Brooklyn Nine-Nine television series, told TMZ: "I love 50 Cent, I listen to his music when I'm working out." "I prove that size doesn't matter when it comes to sexual assault," Crews rounded off.

Crews, a staunch male MeToo supporter, recently came forward revealing that he had been sexually assaulted by a man. Speaking before the US Senate, Crews gave an emotional speech, detailing that although he first thought to turn violent, he held back his urges, as “the assaulter held his genitals in his hand,” thereby clearly trying to send a message who was in total control.

'Worse Than Spitting in the Face': Deneuve Apologizes to Sex Assault Victims