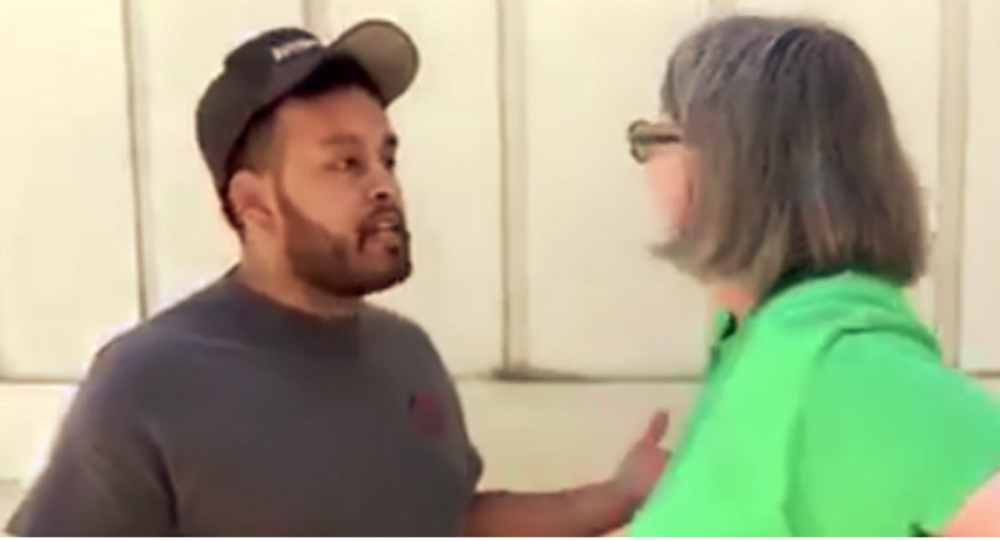 Saturday, 27-year-old Californian Esteban Guzman and his mother were accosted by a white woman shouting that Latinos are “rapists and animals.” Guzman caught the incident on video, but then when he posted it on Facebook, the video was removed for violating its “community standards.”

According to Guzman, him and his mother were just doing their landscaping jobs when the lady crossed the street to yell at them.

"This lady comes from the other side of the street and starts yelling at my mom, 'Go back to Mexico,'" Guzman told the Daily News Monday.

"Why do you hate us?" Guzman asked the woman, whose identity has not yet been revealed.

"Because you're Mexicans," she responded.

"We're honest people right here," he then said, as the woman laughs in his face.

The woman then mumbled something about "the president of the US," to which Guzman retorted, "Do you believe everything he tells you?"

The woman's words are notably similar to remarks by US President Donald Trump in June 2015, when he said, "When Mexico sends its people, they're not sending their best… They're sending people that have lots of problems and they're bringing those problems. They're bringing drugs, they're bringing crime. They're rapists and some, I assume, are good people, but I speak to border guards and they're telling us what we're getting."

"I don't like to play the blame game," Guzman told the Daily News Monday. "Just because the President of the US says something, it does not give you the right to act like him."

"She was not going to listen to me," he said. "She was trying to get me to react."

The video was first shared by Guzman on his own Facebook page Saturday, following the incident. A day later, Guzman posted a screenshot of his original post with the caption, "Facebook took down my video. I guess showing the world that racism still exists is ‘against their community standards.' I will not be silenced because TOGETHER WE NEED TO STOP RACISM!"

The video was reportedly taken down by Facebook for violating their rule prohibiting "offers of sexual services, solicitation of sexual material, threats or depictions of sexual violence, threats to share intimate images or any sexual contact involving minors."