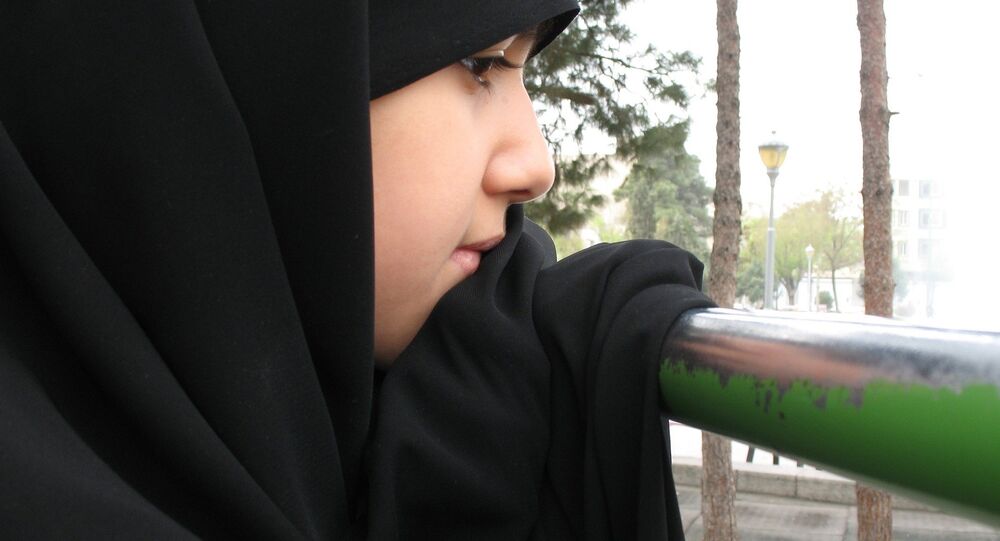 Swedish Consulate Apologizes for 'Sexualizing' Picture of Girl in Hijab

Following criticism over a picture of a young girl wearing a hijab posted on its Facebook page, the Swedish Consulate General in Israel removed the divisive image it used to congratulate Muslims with the end of the fasting month of Ramadan and ensured the public of its commitment to women's rights.

After many users complained that the image of a little girl in a hijab was tantamount to the oppression and sexualization of women, the Swedish Consulate General in Jerusalem removed the picture. It also emphasized that the aim wasn't to provoke and stressed that it worked strenuously to promote women's rights.

The "Eid Mubarak" greeting from Sweden's Consulate General in Jerusalem featured a picture of Muslim parents and two children, with the little daughter wearing the Islamic headdress.

"So if I happily and without comment publishing a picture of swastika, I'm not responsible for this, right? Oh, the cowardice! Yes, you are supportive of the sexualization and the oppression of girls, in fact you cement the oppression. End of discussion," Swedish journalist and debater Katerina Janouch tweeted.

​"As Swede, I am ashamed, we imagine ourselves as country of equality that promotes feminism, but you seem not to have any trouble with stifling a child's freedom. Claiming that the veil is to stop the men from desiring women and promoting the sexualization of small children," Frida Rosén argued.

"Unimaginable. Löfven's government brags to the world that they are the first country ever leading a feminist foreign policy. Do the Swedish elites have no self-respect at all? They have led a formerly peaceful, well-organized and free country to imminent dissolution. They insist on spreading their values and visions of goodness throughout the world, while the "goodness country" Sweden is rotting from its roots and is crumbling just in front of them," user NorgesRøst argued in the comments section at the Dokument.no website.

Nevertheless, many found the deletion and the clarification insufficient to rectify the mistake.

"The damage is already done. Next time, you try to think about what you represent before publishing," a person commented on the Consulate General's Facebook page.