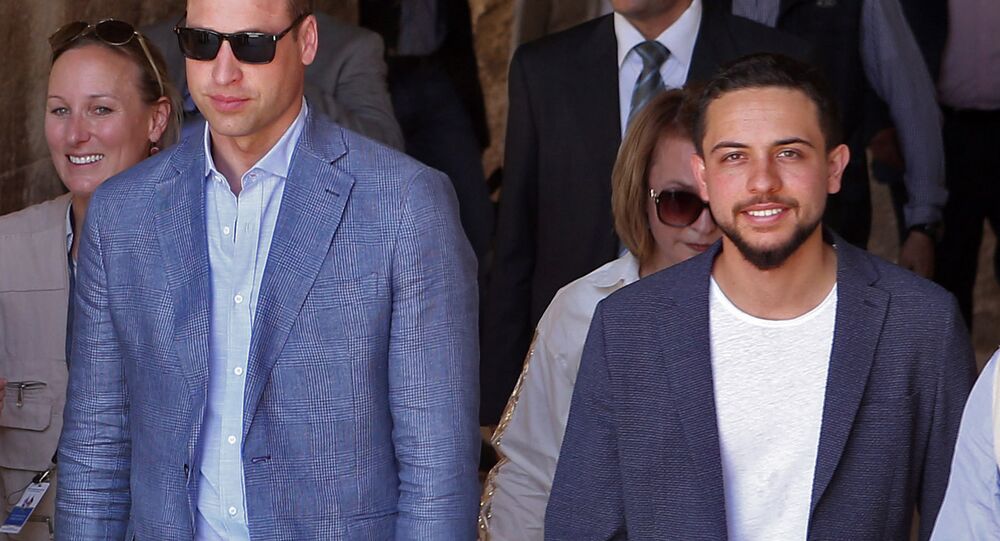 'That Boy is Fine!' Twitter Drools Over Jordan Prince After World Cup Photo

A tweet by Kensington Palace was meant to be about Prince William watching football but ended up leaving commentators completely charmed by his Jordanian counterpart, Crown Prince Hussein bin Abdullah.

The Duke of Cambridge, a known football fan, sat down on June 24 to watch a replay of the England vs Panama World Cup match, which he missed due to traveling, with his Jordanian host — Prince Hussein.

The Jordanian royal posted on Instagram the photo of the two men watching the game at his residence, while the official Kensington Palace account shares two images on Twitter. The pair are seen sitting on a couch in what appears to be a recreation room in Beit al-Ordon, the private residence of Jordan's royal family in the Hummar district west of Amman.

The commentary to the photos took a peculiar turn, when social media users took note of the Jordanian prince's looks.

Prince William couldn't watch the @England match live and avoided finding out the score all afternoon. He sat down with the Crown Prince of Jordan to watch a rerun after dinner at the Beit Al Urdun Palace.

I’m coming with you😂😂 pic.twitter.com/AB5KoKUEep

That Crown Prince of Jordan though 👀👌 pic.twitter.com/iZxuYN23tj

Is he married? Match for Princess Beatrice?