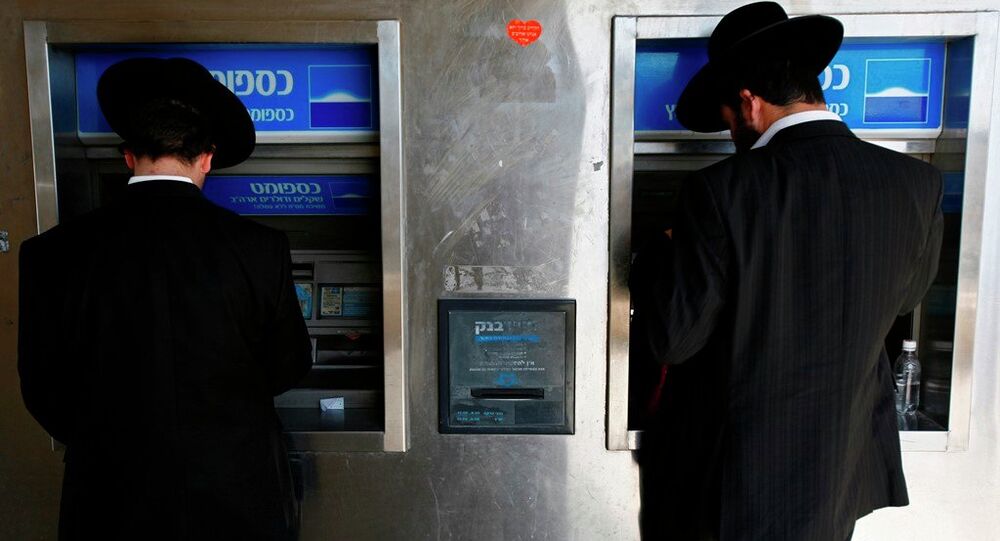 Israeli Airline El Al had to reshuffle the passengers after four ultra-orthodox jews refused to sit next to women.

An El Al flight from New York to Israel had to sit on runway for 75 minutes after four ultra-orthodox Jews refused to be seated next to a woman last week, the Jerusalem Post reports.

The whole incident has been reportedly documented by an Israeli rapper Khen Rotem, who goes by his alias Sagol 59.

One of the orthodox Jews was "particularly devout and ascetic," Rotem wrote in a Facebook post Friday, "and he boarded the plane with his eyes closed tightly, led by his friend — and stayed that way throughout the flight."

© REUTERS / Ronen Zvulun
Viva La Football: Israelis of Iranian Descent Cheer for Iran in Jerusalem (PHOTOS)
The four passengers not only refused to be seated next to a woman passenger, but also made the situation worse by refusing to speak to any of the stewardesses, making male members of the crew step into the scene.

"If you don't sit down, you can get off the plane right now," one of the crew members threatened the passenger.

Almost an hour passed at an impasse, after which the crew members decided to give up and started asking passengers to change seats. According to Jerusalem Post, an American woman around 70 years old and a young Israeli woman agreed to swap their seats.

The whole incident, which reportedly delayed the flight for 75 minutes, happened in direct violation of earlier Israeli court ruling issued in June 2017, that awarded Renee Rabinowitz, a Holocaust survivor damages, after she has been asked to switch seats because of another ultra-orthodox passenger who also refused to seat next to her.

© Sputnik / Sergey Pyatakov
Moscow Disagrees with US Claims of UNHRC's Hostility Toward Israel – Lavrov
The two women from last week's flight can file a lawsuit as well, says Karen Saar, a spokeswoman for the Israeli Religious Action Center.

"Women are being asked to move, and that's illegal," said Saar. "It was done after El Al, almost to the day a year ago, agreed that all of their employees would be trained so it wouldn't happen again.

The airline later apologized for the incident, but argued that the flight was not delayed as long as Rotem claimed in his Facebook post.

"The flight left 18 minutes late and not as claimed in the uploaded [Facebook] post," said Anat Friedman, a spokeswoman for El Al.

"Any discrimination by passengers is strictly prohibited. El Al crew members are doing everything that they can to provide good and courteous service to a wide range of passengers, and to try to assist them. This is in order to take off on time and to bring passengers to their destination with the utmost security and comfort," the airline said in a statement.

'I Want to Kill All You Jews': Woman Arrested for Anti-Semitic Incident in UK