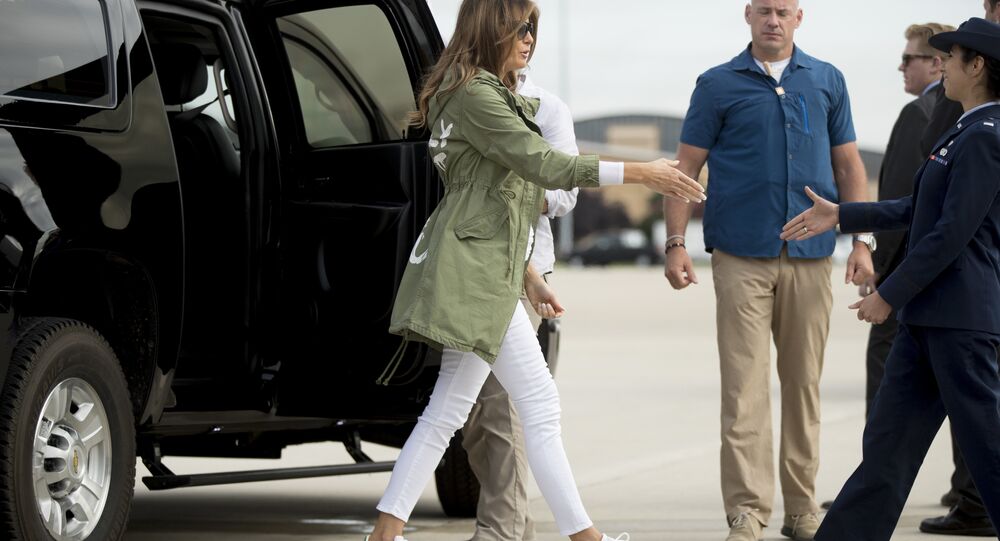 An advocacy group has launched a t-shirt imitating US First Lady Melania Trump’s now-infamous khaki jacket she wore as she departed to a migrant child center in Texas.

The clothing company PSA has launched a khaki t-shirt mocking Melania's "I really don't care, do u?" jacket. The new t-shirt is of similar khaki color and features a similarly-styled print — which, however, reads "I really do care, don't u?" and other variations, The Hill reported Friday.

"After Melania's fashion disaster today, we figured we had to do something about it," PSA wrote on its website Thursday. "So we sprung our Rapid Response unit into action, called our friends at United We Dream, and are presenting here, a better message: We Care. We Really Do."

​After the media and social networks exploded in outrage about the alleged "hidden message" of FLOTUS' clothing, her spokesperson Stephanie Grisham dismissed all allegations, saying it was just a piece of clothing.

​"It's a jacket. There was no hidden message," she said in a statement. "After today's important visit to Texas, I hope the media isn't going to choose to focus on her wardrobe."

However, her husband, US President Donald Trump, later reacted somewhat contradictorily, saying in a tweet that the message actually referred to the "fake media."

"Melania has learned how dishonest they are, and she truly no longer cares!" he tweeted Thursday.

US Host Lambasted For Attacking Ivanka, Melania Trump With 'Dead Inside' Remark