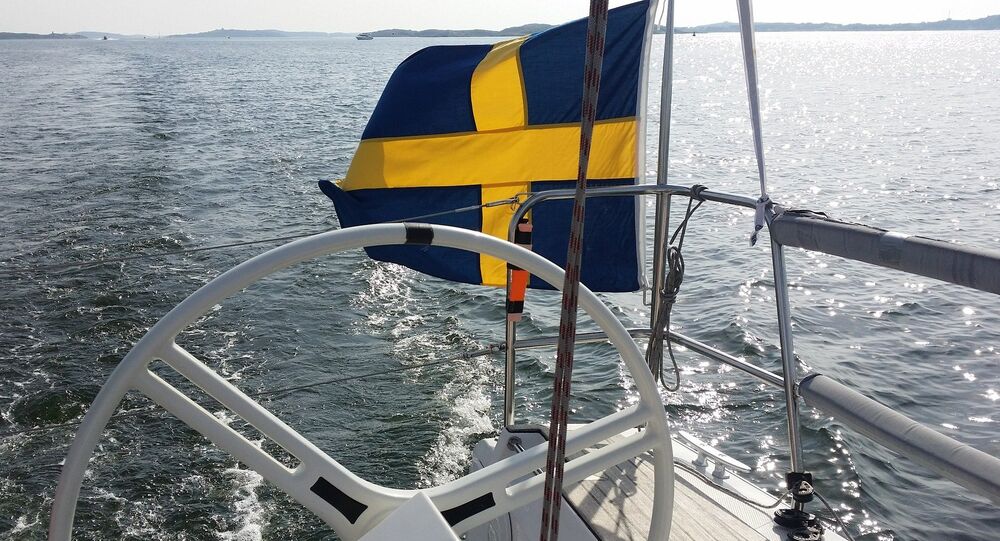 A vivid image of "hay balls" in national yellow and blue made by Swedish farmers in support of their national team during the FIFA World Cup in Russia has triggered the ire of leftists, who minced no words when accusing the innocent supporters of racism.

To support their national football team during the ongoing World Cup in Russia, Torpshammar natives Per Johan Andersson and his wife Katrine created a vibrant image of a national flag made of hay sacks and posted it on Facebook. While welcomed by thousands of buoyant Swedish fans, the image also inspired "anti-racists" to fill the comments section with hatred against the farmer and his wife.

In addition to being a tribute to team Sweden, the installation was a support initiative against childhood cancer, which didn't stop the activists from verbally assaulting the patriotic farmer. One particular person went so far as to write "I knew that all the damn farmers were racists."

"It was sad being called racist," Per Johan Andersson told the local newspaper Sundsvall Tidning. According to him, he tries to do something special with the "hay balls" every year. This year's blue-yellow coloring, according to him, was both an homage to team Sweden and a token of support for cancer-stricken children, as well as Swedish agriculture.

Flying the national flag outside sports events and beyond official "flag days" is sometimes considered one of the staples of the far-right agenda in Sweden and is often frowned upon by left-wingers. However, the majority of the feedback received by Andersson and his wife was overwhelmingly positive and supportive.

In Russia, Sweden won its first match against South Korea by a score of 1-0. The Swedish goal was earned on a penalty kick. On Saturday, Sweden will square off against heavyweights and reigning world champions Germany, who sensationally lost against Mexico in their first match.