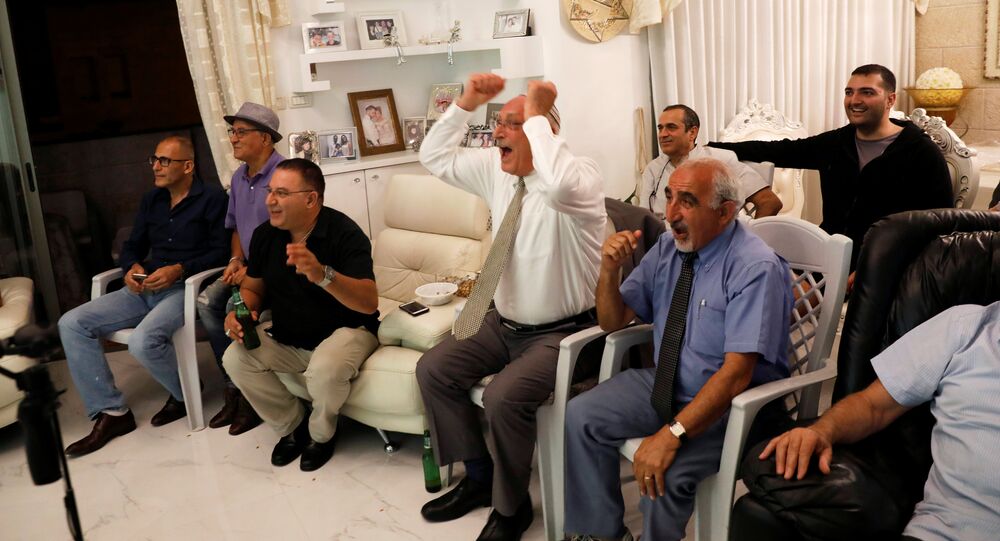 In a surprising twist of football fate Israel's Iranian community gathered on Wednesday in a Jerusalem neighborhood to cheer for Iran’s national football team.

Israel and Iran are known to be at odds with each other; however, Iran’s national football team received unusual support during their game with Spain.

© Sputnik / Evgeni Biyatov
Iranian Football Team in Row With Nike Amid US Sanctions, Asks for Apology
Regardless of Iran's defeat in the match the group continued with repeated chants of "Iran, Iran."

Some 20 people were clapping and singing for the national team. It was not only the older generation who was born in Iran and came to Israel in the 1960s who was cheering but even the younger generations who were born in Israel.

Tzion Hasid, 84, a prominent member of Israel's Iranian community and a Jerusalem building contractor said, "I came from Iran to the land of Israel, the land of our dreams, but not even for one moment in over 60 years have we forgotten our (old) country," Hasid was quoted as saying by Reuters.

© REUTERS / Ronen Zvulun
Israelis of Iranian origin pray their evening prayer in front of a big screen during the Iran-Spain World Cup match, in the living room of the Hasid family in Jerusalem, June 20, 2018

He went on to say that he still has feelings of respect for all Iranians. “We want peace with them and we hope that even next year, our (Israel's) leaders and theirs will meet and make peace for the benefit of both our people,” Reuters reported.

© REUTERS / Ronen Zvulun
Israelis of Iranian origin cheer for an Iranian goal that was later ruled offside, as they watch the Iran-Spain World Cup match in the living room of the Hasid family in Jerusalem, June 20, 2018

Many Iranians emigrated in the 1920s, 1950s and 60s to Israel and some came after the Islamic Revolution of 1979, according to Pierre Lavi, 53, a Jerusalem author and publisher.

Iran is set to play against Portugal on June 25 in Group B.