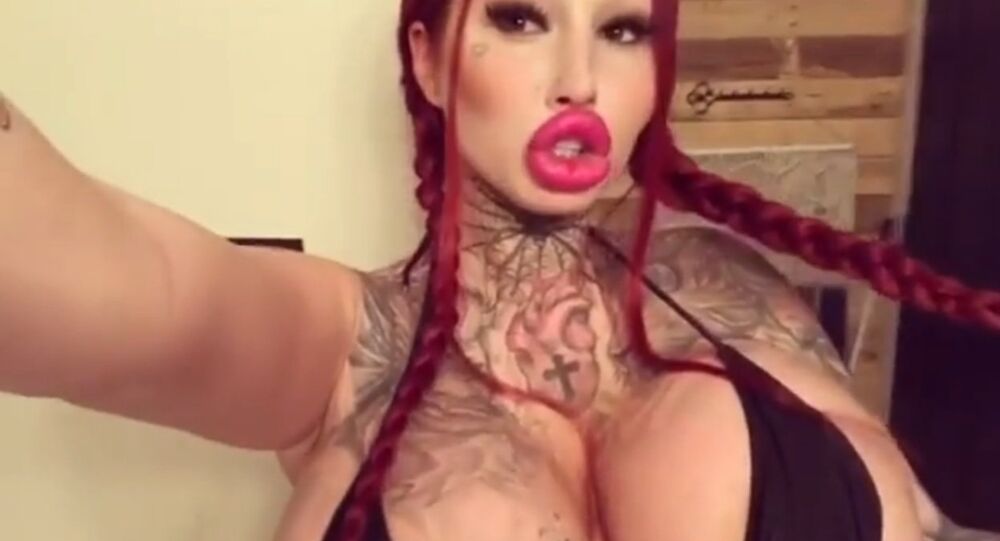 In a time when money can buy almost anything, some people are buying new bodies and faces for themselves, like a Canadian dancer who recently spent thousands of dollars to look like a strange version of Angelina Jolie.

A Canadian dancer has spent a fortune amounting to 150,000 Canadian dollars to change the shape of her nose, undergo three breast augmentations and receive a butt lift.

Mary doesn’t plan to stop transforming her looks although her father, a former priest, does not approve of her actions.

​She underwent all these surgeries as she wanted to transform her basic “girl-next-door” image. Before the surgeries Mary had a 32B breast size and she felt that her old look was “basic” and her new look has made her happier.

© AP Photo / Arthur Mola
Kendall Jenner Inspires 'Designer Nipples' Plastic Surgery Trend
However, there is some trouble in paradise as the dancer has started to have breathing problems due to her large breasts.

She told the publication that she knew she wanted to do plastic surgery from the age of 14. After the first few surgeries she became addicted to it like to extreme sports.

The girl admitted that in many respects her craving for surgery is caused by the choice of her profession, and if she had another job, she would not change her appearance and have so many tattoos.

According to Mary, people do not always react normally to her appearance: older people try to walk by; children compare her lips to that of a fish. Nevertheless, she believes that her image helps her earn money and she is happy with the reflection she sees in the mirror.

'They Wanted Me At All Costs': Ex-Nude Model Reveals How She Nearly Joined Daesh

Plus Size Model Suspects Instagram of Hiding Her PHOTOS From Newsfeed