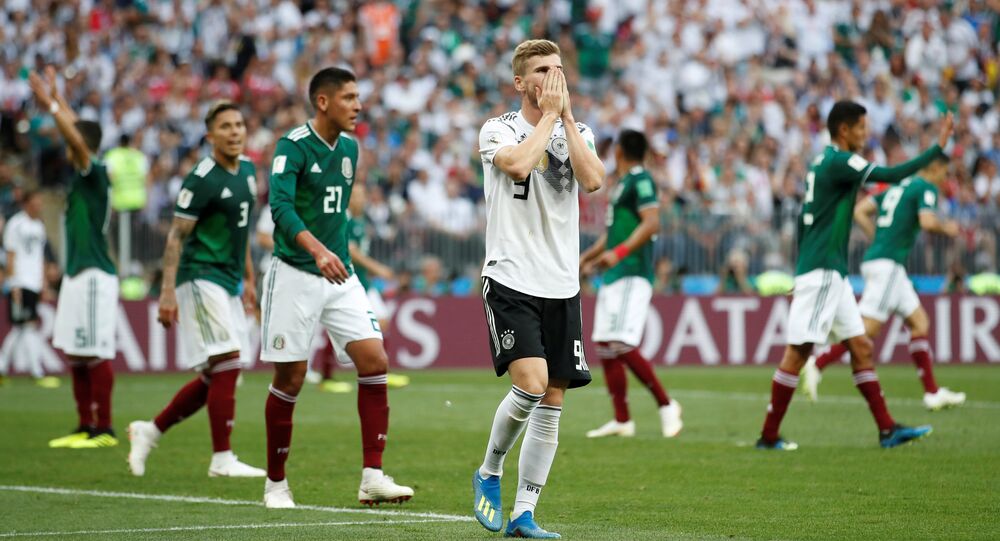 A grandmother from Texas seems to have helped Mexico win in their opening game against the reigning World champions by blessing them through her TV screen, according to Twitter users.

A Mexican grandma, who blessed her TV and Mexico's national team ahead of their victorious match against Germany at the 2018 FIFA World Cup, has won hearts and likes of thousands of social media users across the world. Her granddaughter from El Paso, Texas, according to the profile information, posted a clip featuring the elderly lady's devotion.

I’m 100% convinced my grandma was the reason Mexico won pic.twitter.com/9jBRF5wFPE

Over 12 hours, the blessings made headlines all across the world and gathered over half a million likes on Twitter, as many netizens shared her conviction that the blessing helped.

@Deelas here's why Mexico won, remember how many shots the keeper saved? See how many times she blesses him. #WorldCup #GERvMEX https://t.co/EkZQw28loc

​…or just melt with emotion over her sweet gesture.

This makes me miss my Mexican grandmas.

SEE!!!!! I TOLD U IT WAS THE PRAYING ABUELITAS

​As it’s been only the first game for Mexico at the World Cup, fans beg for more blessings from Wander Grandma to help their national team to get the Cup.

She gotta do this every game til we win the cup

Every game. We need this every single game.

​However, there were some selfish requests for additional personal blessings.

Mexico gained a 1-0 win over Germany in their opening match of the World Cup in Moscow on June 17. The game was held at the 81,000-seater Luzhniki Stadium in the Russian capital. The only goal of the game was scored by Mexico winger Hirving Lozano in the 35th minute. Following the match, Lozano was named the best player of the game.

The 2018 FIFA World Cup kicked off on June 14 and will continue through July 15, with a total of 64 matches set to be played at 12 stadiums across 11 Russian cities.