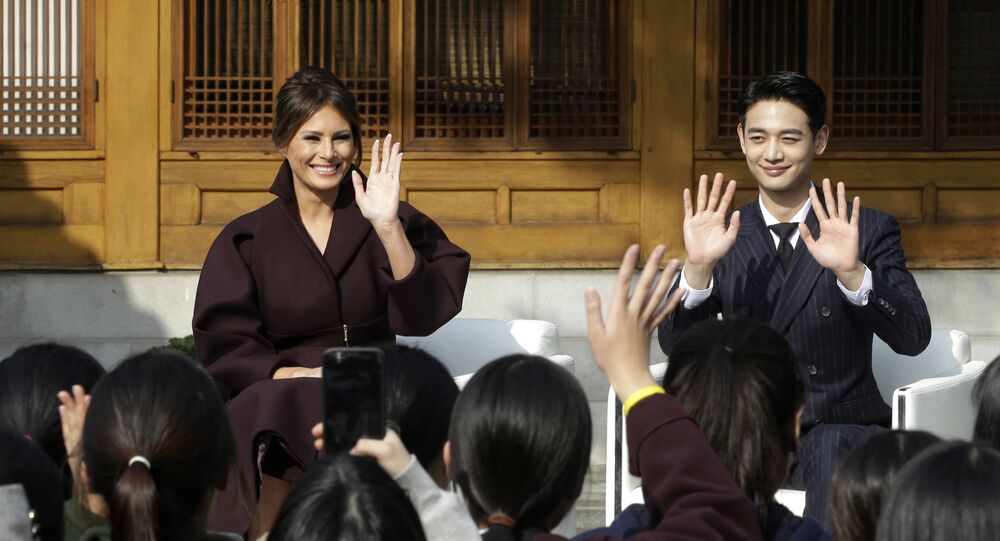 On November 7, 2017 Melania Trump was on an official visit to Seoul with her husband. Independent of Donald Trump, the US First Lady had her own agenda in the South Korean capital. She participated in an event called "Girls Play 2!" which was aimed at promoting the importance of sports. The event took place in one of the city's middle schools. However, the local girls' excitement was directed at someone other than Mrs. Trump. After teenagers in school uniform noticed K-pop megastar Choi Min-ho, a member of the super popular boy band SHINee, by her side, they started to scream and clap as Melania Trump watched them with a wide smile.

The whole incident become a meme in South Korean social networks, and now Minho is shedding some light on the situation. The artist appeared on the South Korean TV show 'Knowing Brothers' as part of a promotion dedicated to the group's 10th anniversary and release of the 6th album, and answered several curious questions from the hosts. Including the question about meeting with the First Lady.

"Melania Trump is very confident and chic. It was time to take a photo together, and there were students in front of us. The students didn't know I was there and screamed when they noticed. Melania Trump laughed about it," Minho said as cited by AllKPop.com.

Minho also revealed that after he made the news headlines he even received a call from Lee Soo-man, the head of SM Entertainment agency.

Remember when our Minho broke the internet when he appeared in the event with Melania?😉

R: "Melania Trump put a big smile when she saw Minho?"
Minho: She told me not to misunderstand as it's her character that she doesn't usually smile. So I said "Yes, I understand". She didn't smile bc of me but because of the situation. Yet people took it like that. I was thankful pic.twitter.com/lfoKvqMaGM