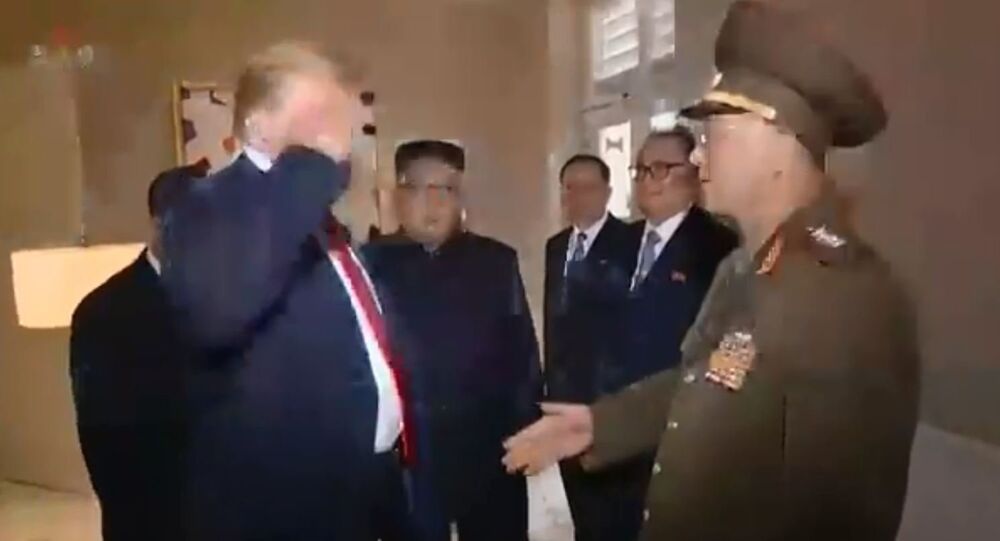 During the summit in Singapore June 12 between US President Donald Trump and North Korean supreme leader Kim Jong Un, the US commander in chief saluted a North Korean official, newly unveiled footage shows.